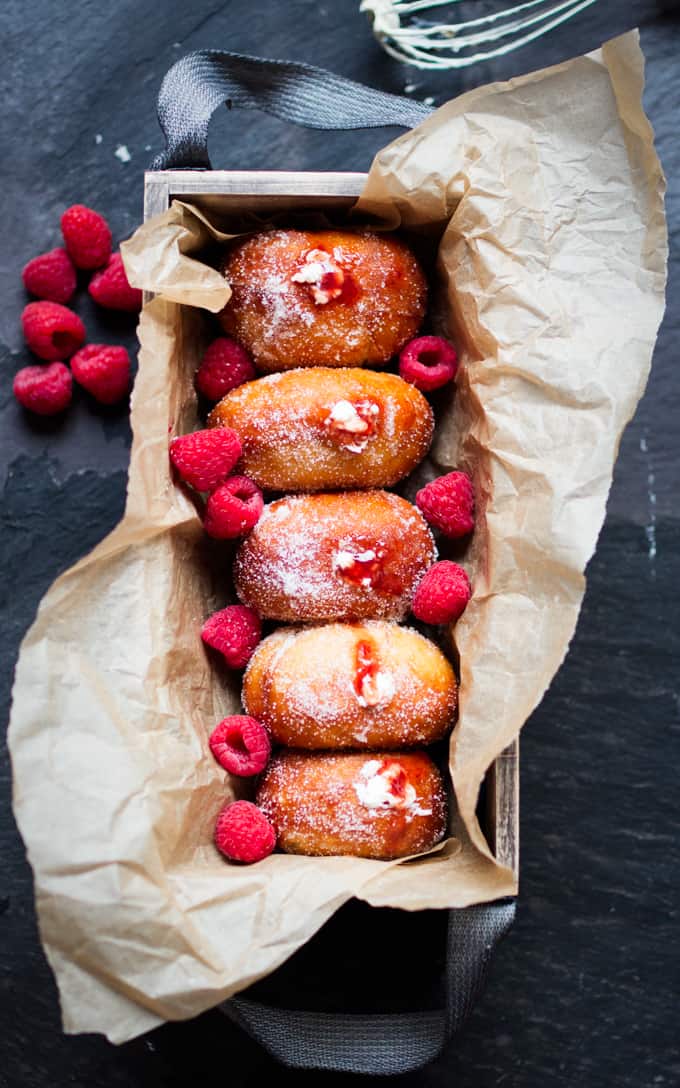 The sun is shining, the birds are singing, and I'm standing over a pan of hot oil.

I'd almost admit to being crazy, but just take a look at these things and try telling me I'm crazy.

Ten minutes in front of that oil pan is totally worth a large plateful of these to take on your next picnic, or to enjoy sat in the back garden with an iced coffee and a good book.

The kids were positively drooling, watching me dredge these things in sugar.  The look on their faces when I told them we could take some to the park along with our picnic blanket!  It seems my kids like doughnuts.  A lot.

I'm loving this early season sunshine!  I've finally got a bit of exercise done - after my two weeks of laziness (jogging round the park with Lewis on his bike), and my blender is back to making cold green smoothies instead of the hot ones I've been making over winter.

Lewis has been looking like a little cutie going into school with his new school shorts on.  However, school shorts = scabby knees.
Yep, he promptly fell over whilst running at full speed on the way back from school today.

We had blood, tears and snot, as well as a proclamation that he'll never wear shorts again.

All this was curable only with an oversized plaster, a chocolate milk shake and sympathy from anyone who saw him hobbling in a completely exaggerated way. 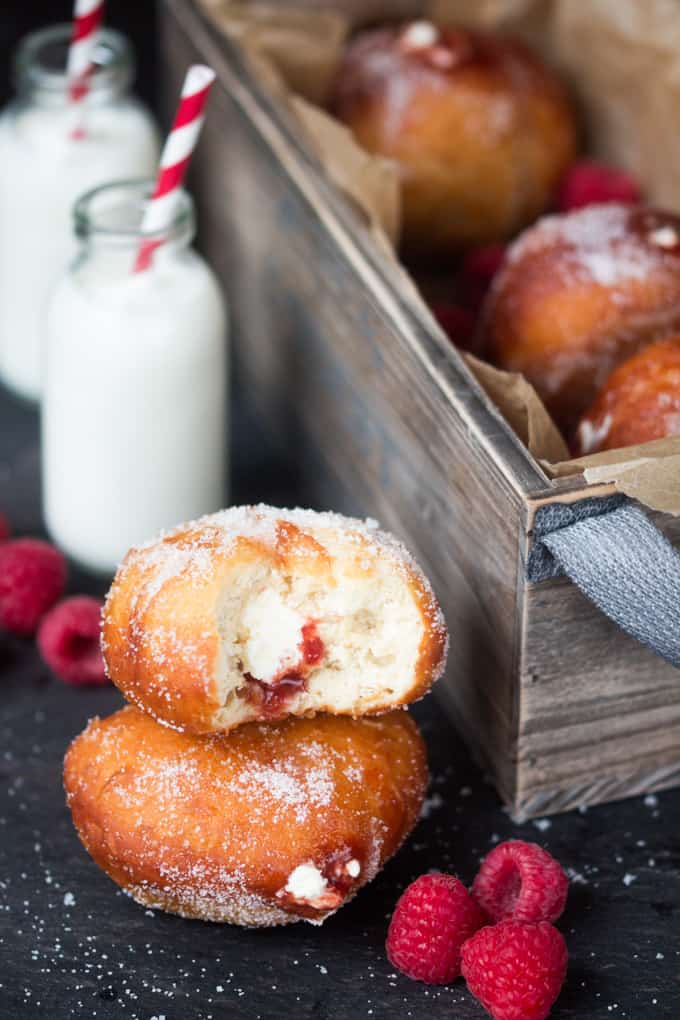 I'm pretty sure that these doughnuts would also have been a great cure, if only they hadn't mysteriously disappeared (ahem.  Definitely nothing to do with me). 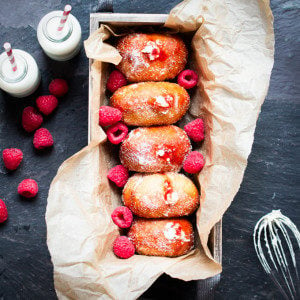 These doughnuts are best eaten on the same day, and are fantastic served slightly warm. . Nutritional Information is per serving, accounting for approx .75 tbsp of oil being absorbed per doughnut.