Home > Breakfast & Brunch > How To Turn Regular Croissants Into Almond Croissants (Then Stuff Them With Strawberries And Nutella!!)

These Almond croissants are stuffed with nutella and strawberries. This is how to make your regular croissants taste like they came right out of a Parisian bakery! 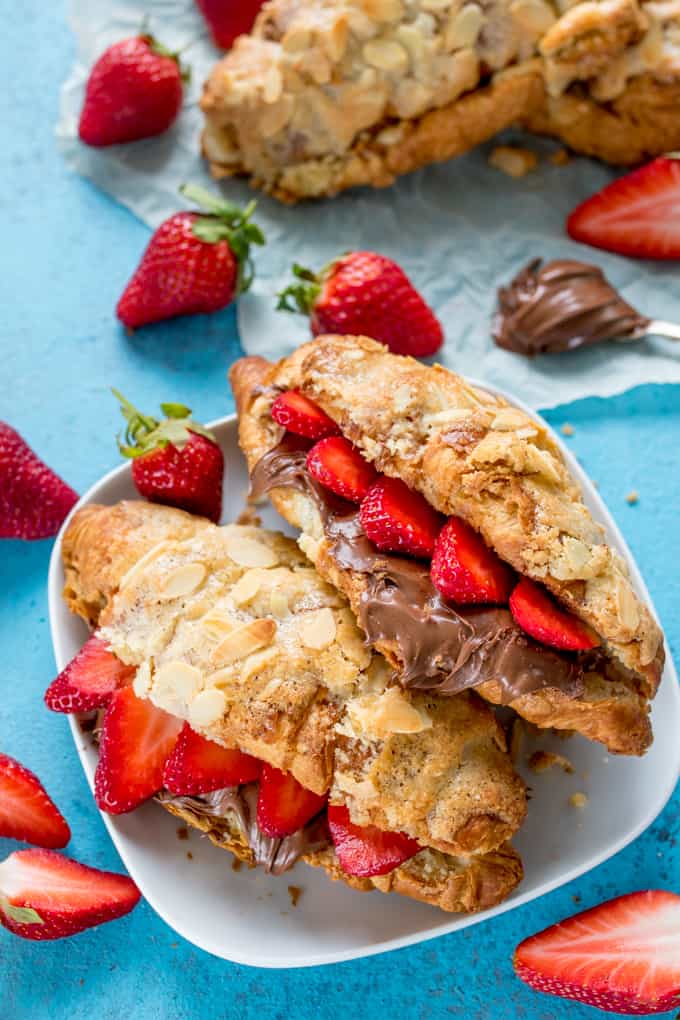 As if croissants weren’t already naughty enough – now I’m filling (and topping!) them with sweet-sweet frangipane, then loading them with strawberries and dollops of Nutella.

The first time I had an almond croissant was in a little hotel in Bourton-on-the-water.
I think Gracey was about two, so that would have been 8 years ago. I honestly don’t remember coming across one before that.

Was I leading a sheltered life?
Were they invented 100 years ago, and I’d just never seen them up until the point they were laid out on a buffet table, in that cosy little hotel in the Cotswalds?

I’ve no idea, and I can’t even find anything with a trusty google search to tell me. 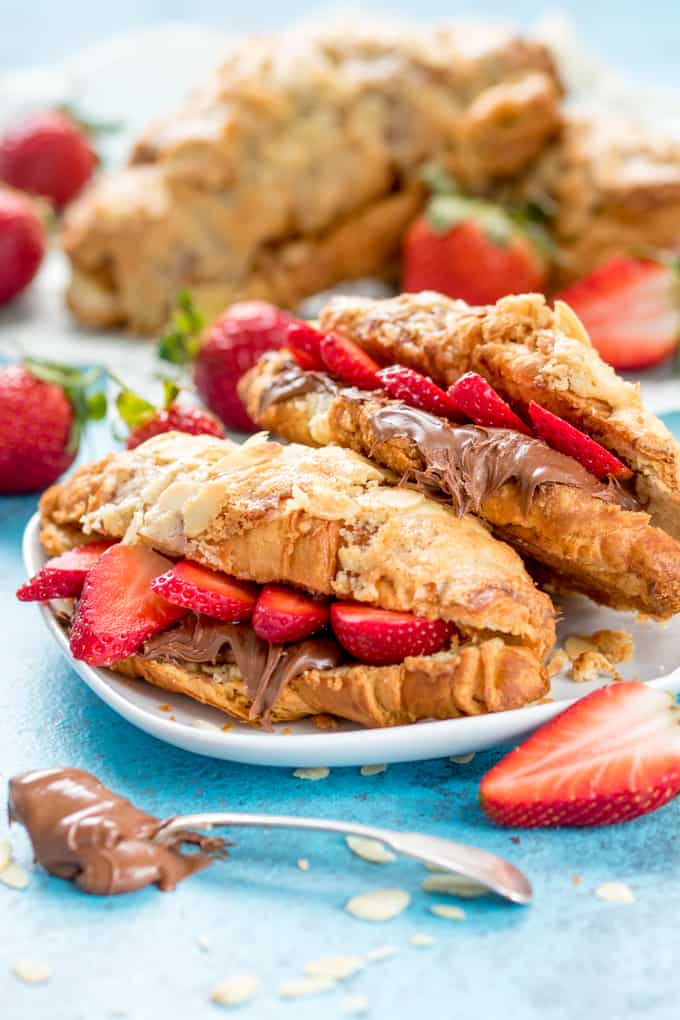 Anyway, I’ve been a little obsessed with them ever since, and although I rarely go to the effort of making the croissant dough itself (those huge, buttery, shop-bought ones are pretty tough to beat!), I’m all for converting those regular croissants into the best almond croissant.

You have ultimate control over how much frangipane you’re going to slather over that thing.
Personally? I pretty much drown it.

Filled and topped with the almond paste, these croissants are amazing, and most of the time, I’d serve them just like that. Simple perfection.

But since it’s Easter on Sunday, and Mother’s day coming up in the US, I thought i’d kick it up a notch and add an extra few hundred calories to make sure it’s the ultimate breakfast treat!

If you’d prefer something savoury for Easter breakfast – why not try my ham and cheese croissants with honey mustard glaze instead. 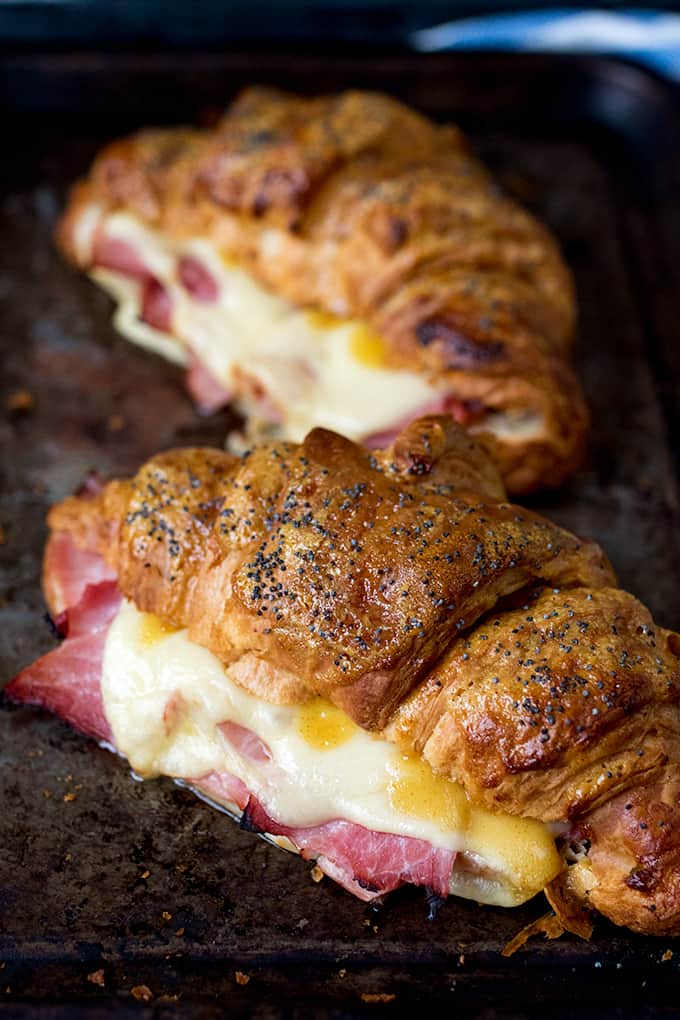 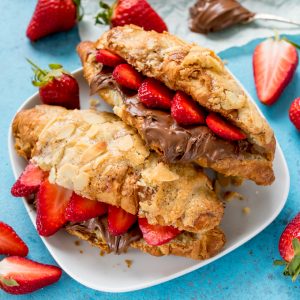 How To Turn Regular Croissants Into Almond Croissants (Then Stuff Them With Strawberries And Nutella!!)