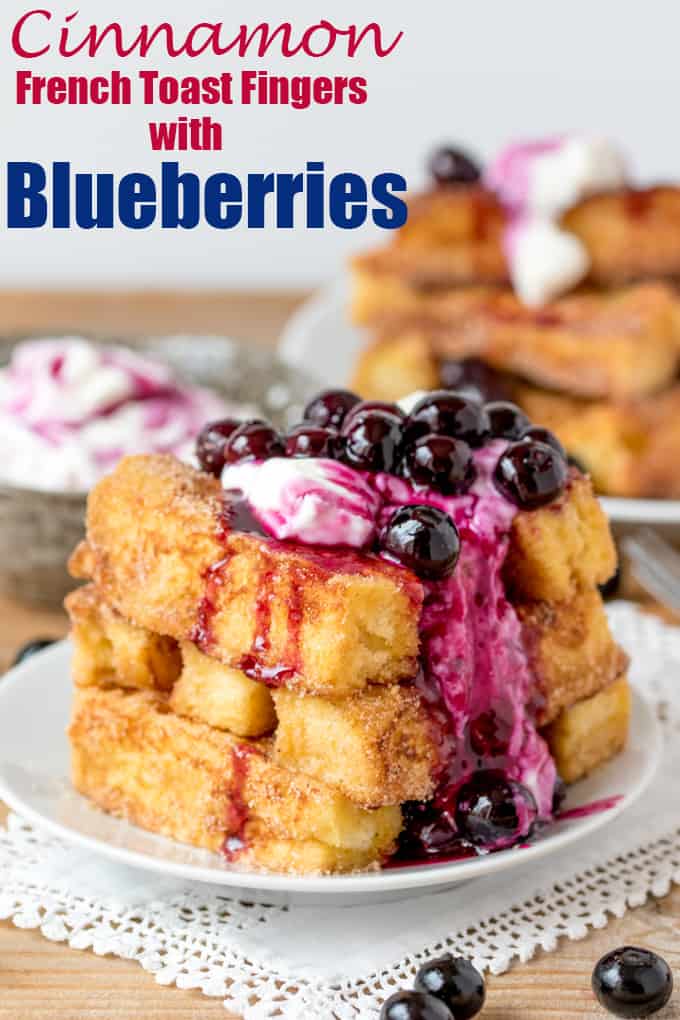 I've been making these a lot lately, much to my kid's delight!

Brioche bread is finally starting to become more widely available in the UK. I've waited for so long - only seeing those artificial-tasting chocolate-filled brioche rolls in all of the supermarkets and nothing else.
I'd even started making my own brioche rolls for burgers (and actually I'll continue to make these because I love how soft and fluffy they are).

However, Morrisons have started producing an amazing French butter brioche loaf as part of their signature range. I find it hard not to just stuff chunks of it in my mouth whilst I'm making this breakfast!

Making the French toast into fingers means cutting the crusts off to get a nice even shape, and strangely not a single crust makes it to the bin...... 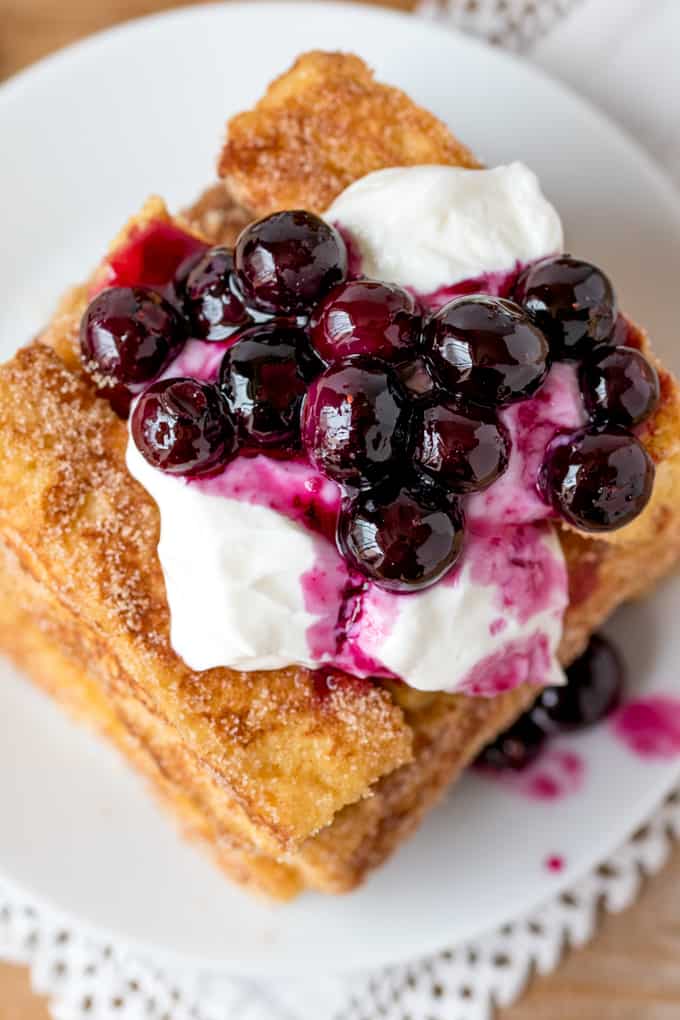 I like to serve these with some homemade blueberry sauce - which is so easy to make. A pile of blueberries in the pan with a tablespoon of sugar and water, then just heat for a couple of minutes. That's it.

The blueberries release a little of their liquid, and the whole mixture turns beautifully glossy and very slightly sticky.

It works great on pancakes, pastries, in porridge and even drizzled on muffins. 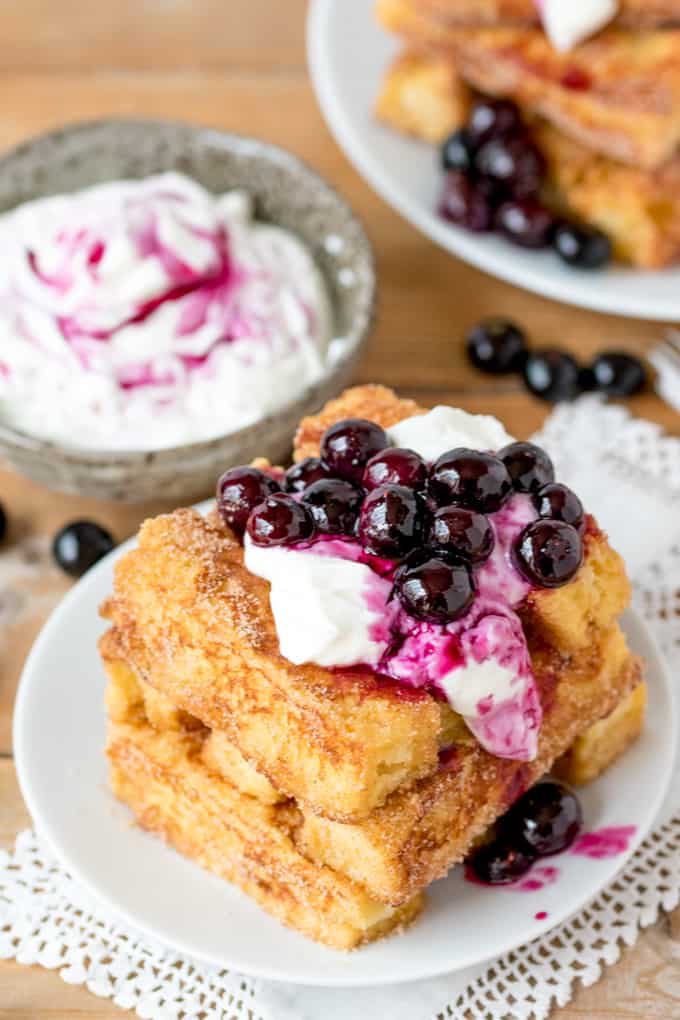 I also like to serve this with Greek yogurt.

The tartness of it works really well with the sweetness of the cinnamon toast.
However, you can use mascarpone or cream cheese (sweetened or unsweetened) if you prefer.

The last time I made this, the kids hovered around just waiting to dive in the moment I'd taken a few pictures. Lewis didn't even bother to find a chair - just started scoffing whilst stood up at the breakfast bar.... 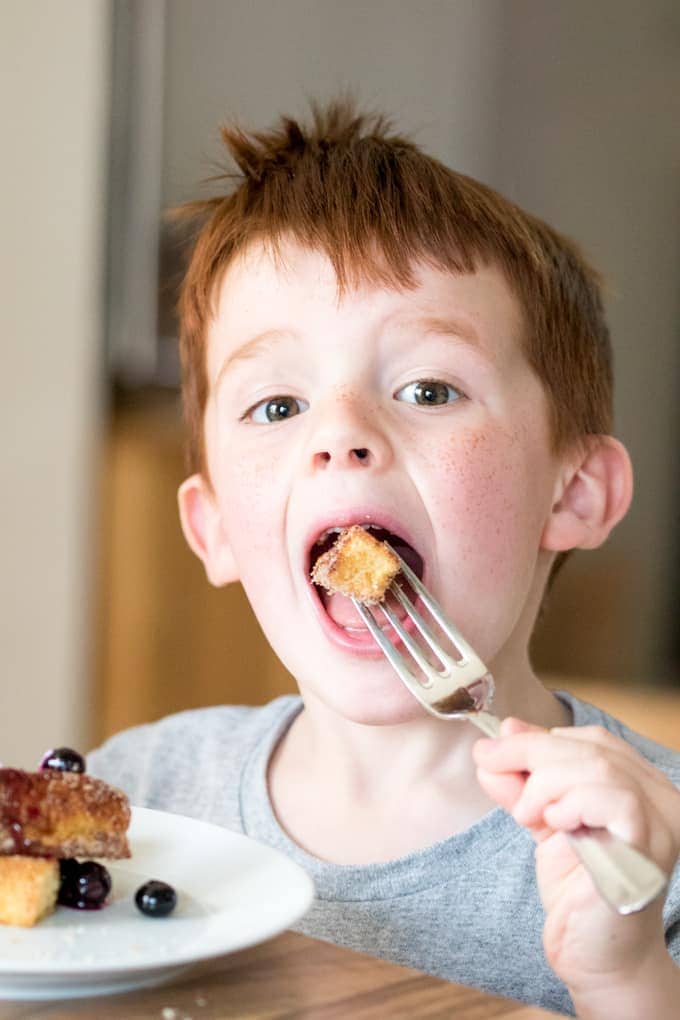 So simple to make, and even quicker than pancakes, weekend breakfast can be on the table in 15 minutes. 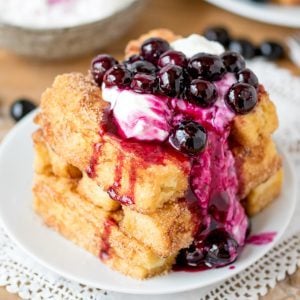 Nutritional Information is per serving, without serving of yogurt.