Don’t throw away that pineapple core! These Pineapple Core Crisps are a perfect fibre-filled snack when dried in the oven. 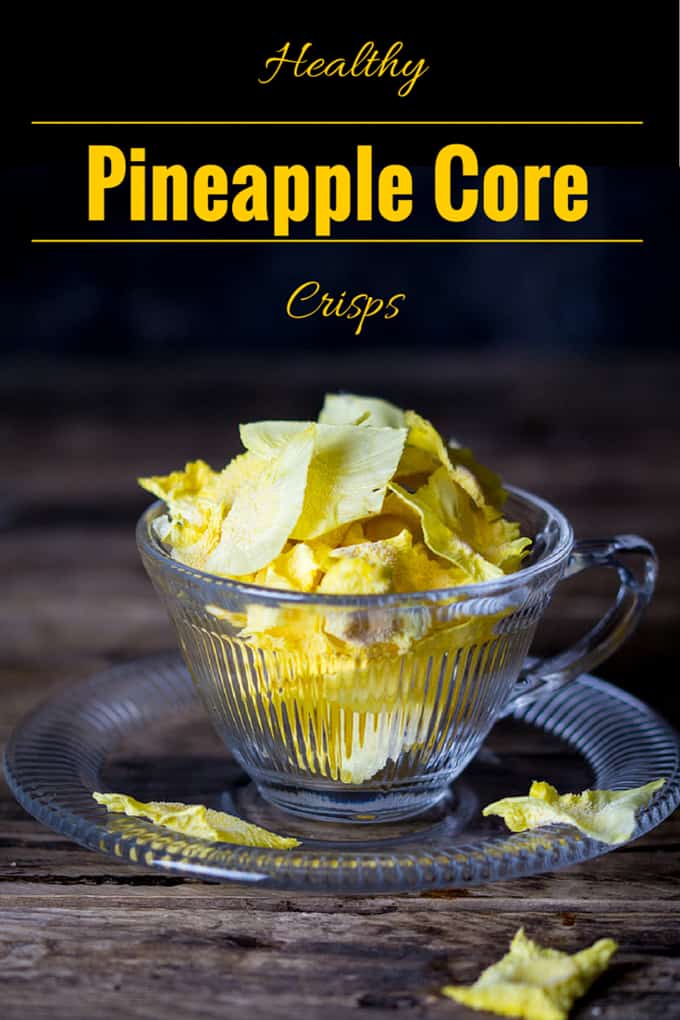 A really simple recipe today. I wasn’t even going to post this one – considering it’s only one ingredient – but my kids really enjoyed them, so I had to share.

These are Pineapple Core Crisps made out of the core of the pineapple. Yes, the bit you normally throw away actually works great as a fruity, fibre-packed snack.

I have to admit, they aren’t actually that crisp, but that’s the way I sold them to the kids, and they ate them all in front of the TV as an after school snack.

They’re very simple to prepare – basically cut the skin off your pineapple and cut into chunks as normal. Then, using a sharp knife, cut the core into thin (2mm) slices.

Arrange the slices on a metal baking sheet and place in the oven at the lowest temperature your oven will go for about 4-4.5 hours.

Turn them over a couple of times during cooking, and you’ll be left with these little yellow petal-looking snacks.

The pineapple shouldn’t brown at all in the oven. If it browns, your oven is too hot. If your oven won’t go any cooler, try preheating to it’s lowest setting, placing the pineapple in the oven, then after 10 minutes, turn the oven off and keep the door closed.

Turn it back on to it’s lowest setting for 10 minutes once every hour.

I enjoyed these too. When you initially put them in your mouth, they don’t taste of much, and you think you’re going to be chewing on flavourless leather, but then the taste comes through and you’ll find yourself absently reaching for the next one. 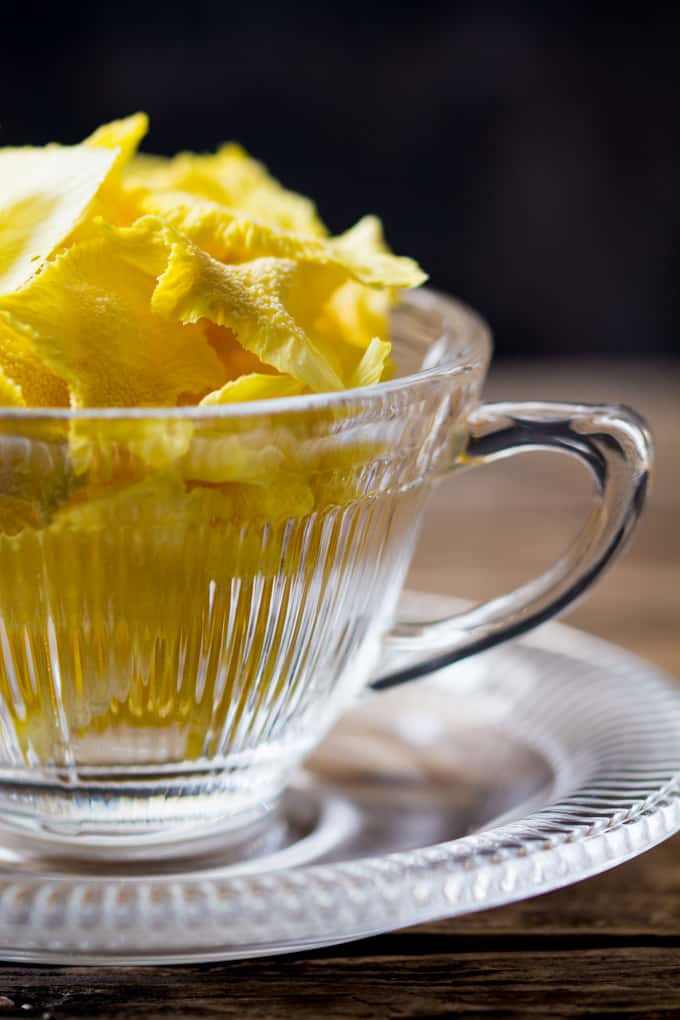 Give them a go! You’d only be chucking that pineapple core away anyway….. 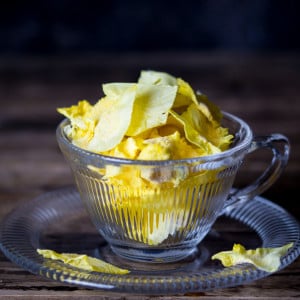 Tried this recipe?Mention @KitchenSanctuary or tag #kitchensanctuary on Instagram!