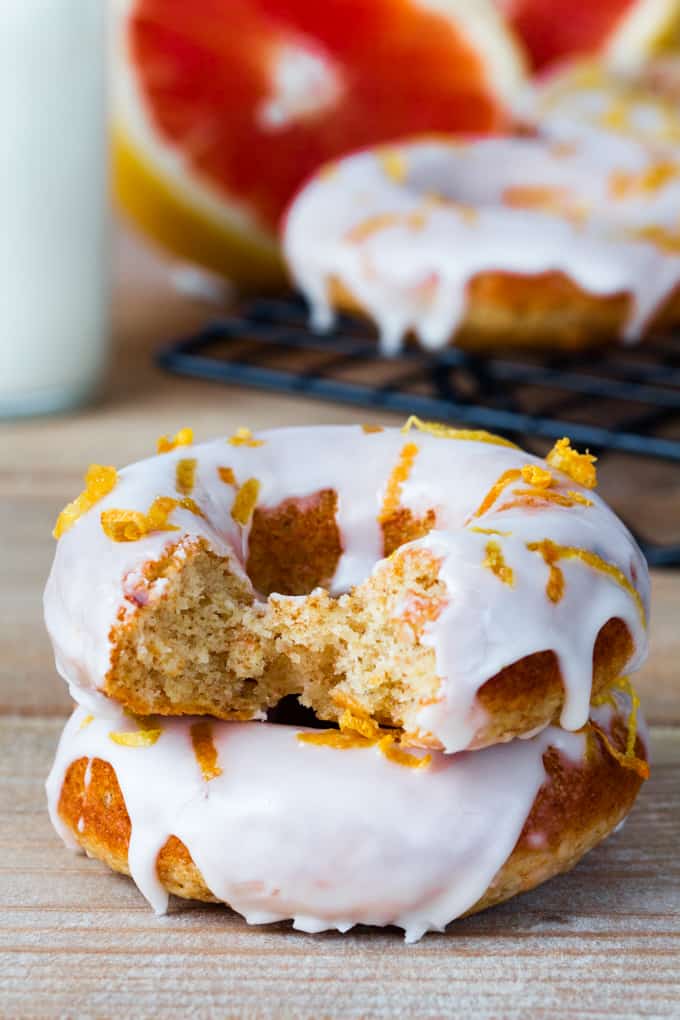 I’m in love with a doughnut.

A doughnut that has enough sweet stuff to make it feel indulgent and satisfying, but plenty of healthy stuff in there to keep your halo intact.

A doughnut that can be eaten for breakfast with zero guilt. Yay!!

Those ruby red grapefruits are looking so good right now.  I bought a load of them for breakfast, and watched with a slightly wicked smirk as my kids had one for breakfast – all the while pulling their pinched ‘grapefruit faces’. They enjoyed them as a change to the usual berries they have with their cereal, but two days in a row was enough for them.

Since they willingly ate the fresh grapefruits with no moaning, I though I’d treat them with these delicious grapefruit doughnuts.

They’re made with 1/4 whole wheat flour, as well as grapefruit juice, coconut oil and greek yogurt.  All in all, a pretty nutritious breakfast.  Of course we’ve got caster sugar in the recipe, and confectioner’s sugar in the glaze, but life’s about balance! 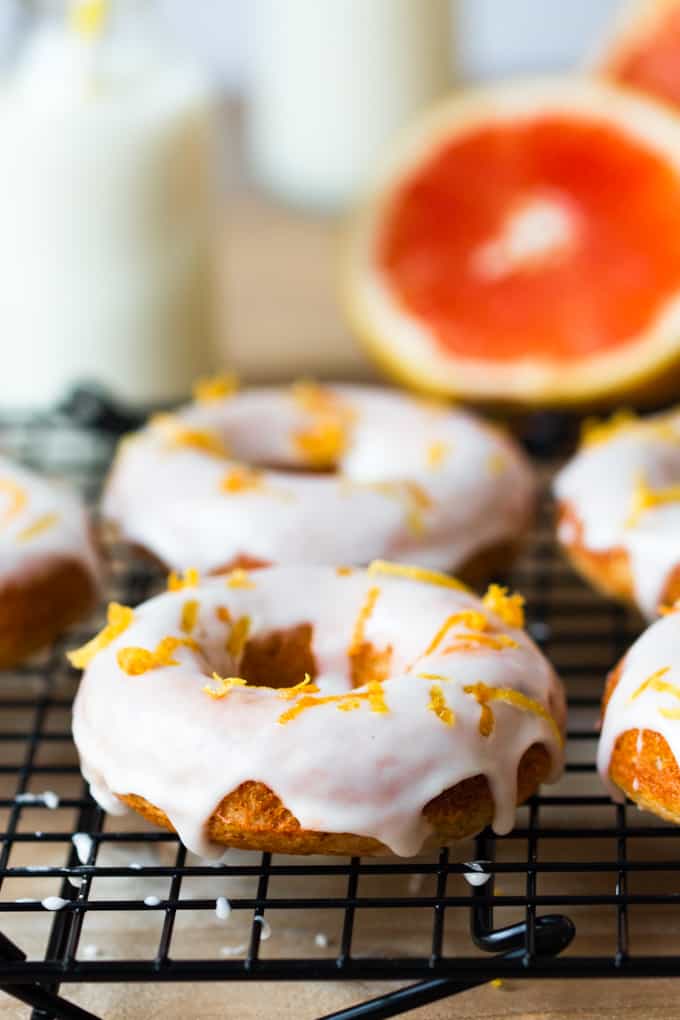 They’re really quick to make.  More of a cake batter then a normal doughnut batter – so no proving required.  They’re also baked in the oven in a doughnut tin.  A lot healthier and less mess than using oil.

I can’t wait to make them again.  The kids are off school the week after next, so I’ll be making a few variations with them.  Maybe cherry and almond flavour? or peanut butter banana flavour? Probably both…..

ooh ooh, we’re also going to visit the Harry Potter Studio tour whilst they’re off.  I’m more than a little excited!! We get to ride in the Hogwarts Express, drink butterbeer and wander down Diagon alley! Eek I can’t wait! Poor kids will probably be dragged round as I’m running to all the attractions in a frenzy (pay back for all those sweetie/ice cream-induced mania sessions on other days out if you ask me). 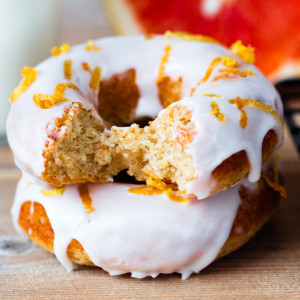