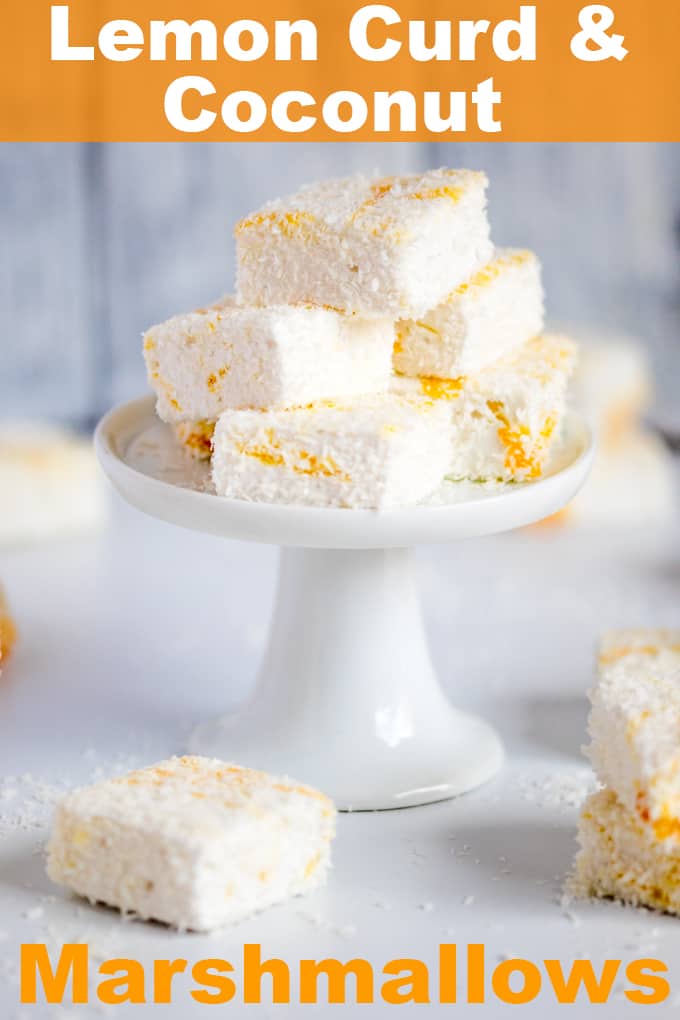 Every time I make marshmallows at home, I wonder why I haven't made them in so long!

I guess in my head, boiling up sugar syrup and dragging out the food mixer seems like a lot of effort, but actually they're so easy to make.

A little patience is all you need and you can make homemade marshmallows that taste EXACTLY like those really expensive ones you get at farmers markets and fairs. 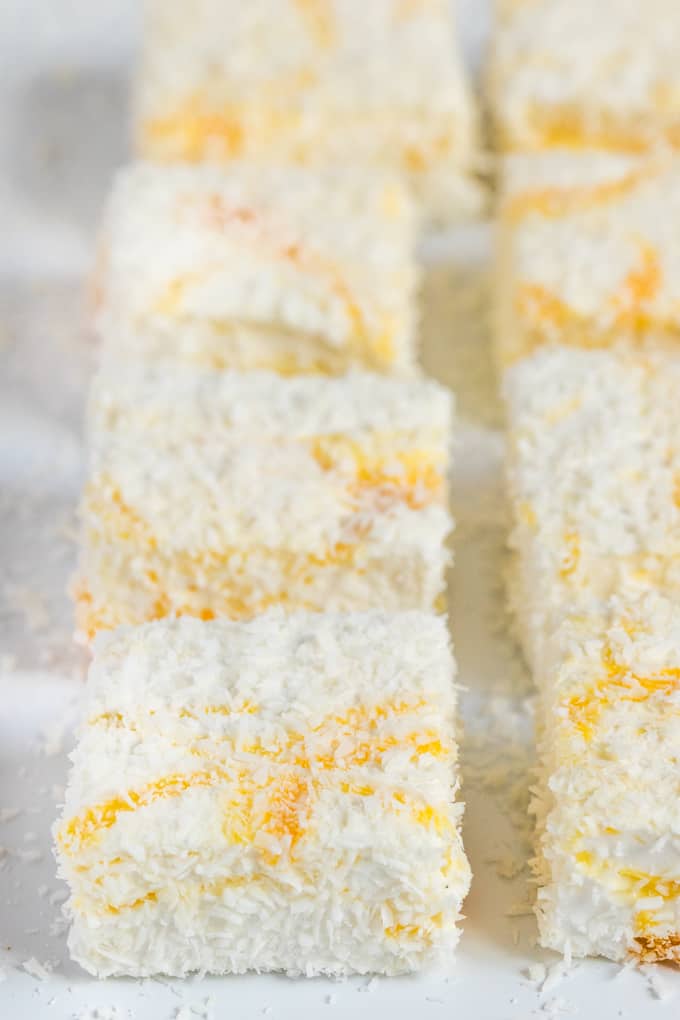 I'd been meaning to make a another batch for a while. My mum loves the rhubarb marshmallows, so I promised I'd make her some. Then we started the building work at home, and somehow my candy thermometer ended up packed up and hidden away with piles of kitchen stuff.

After a lot of rummaging I finally found it, and got to work making the rhubarb ones and these yummy lemon curd ones. 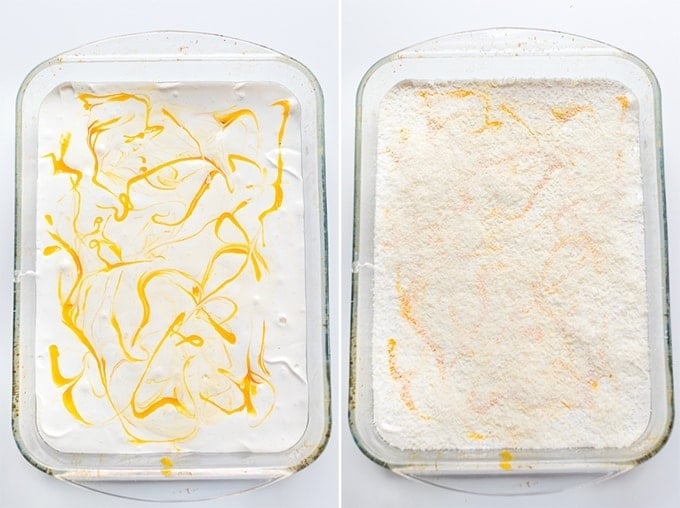 I called mum to tell her I was making the lemon ones and her exact words were 'blurgh that sounds disgusting'.

I made these Lemon Curd and Coconut Marshmallows anyway because I love lemon curd. In fact, I even used concentrated lemon curd for maximum flavour.

I was probably a little too heavy-handed with splodging the lemon curd mixture on, which resulted in some seriously zesty lemon pockets in the marshmallow (Gracey couldn't get enough!). Next time I think I'll use a piping bag to pipe the lemon curd on top in a thin stream before swirling it in. That's what I've recommended in the instructions below. 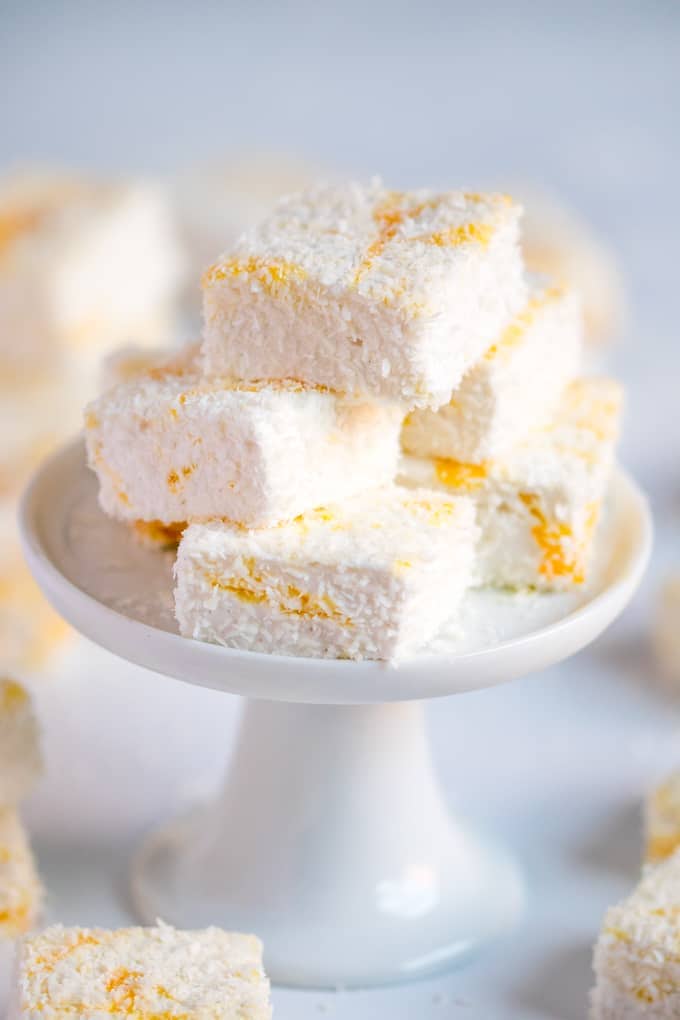 What would be your favourite marshmallow flavour combination? 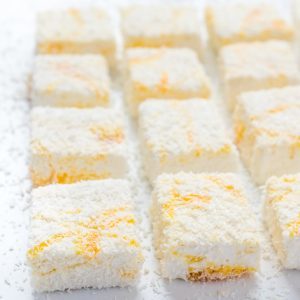 Nutritional Information is per Marshmallow.