Halloween 'Scream Cheese' - a fun take on the party food from Hotel Transylvania.  It doesn't actually contain cheese, but the kids will get it straightaway! 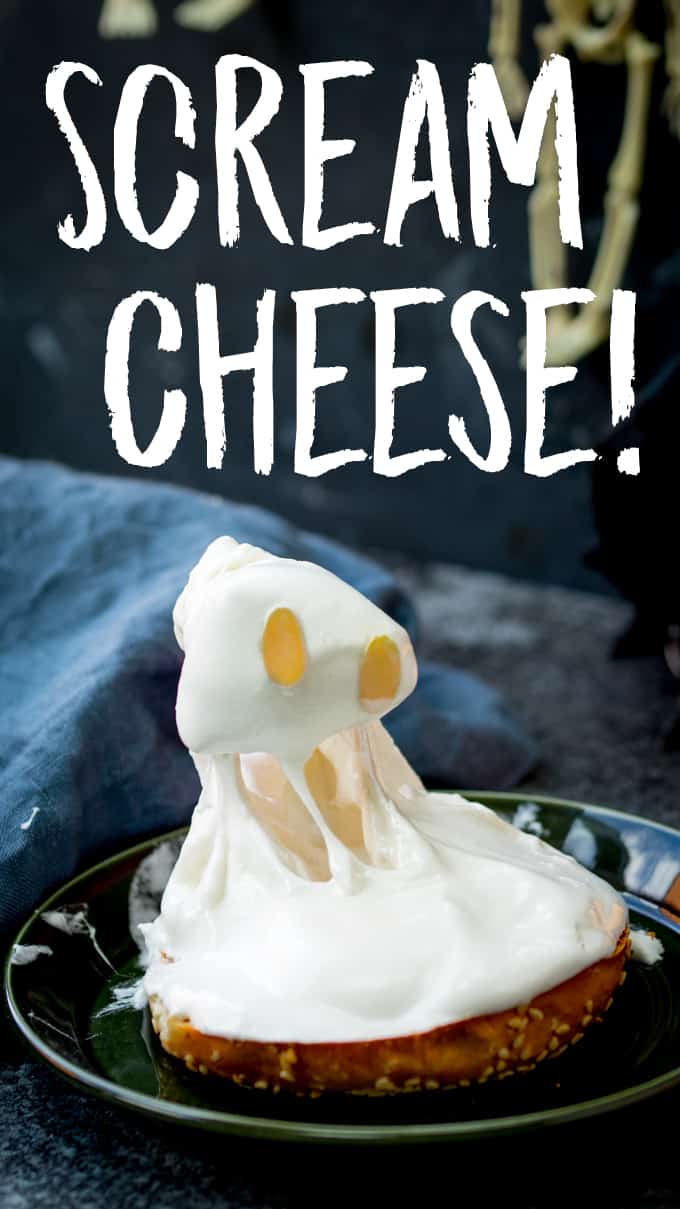 A totally silly recipe today. In fact it's not really a recipe - having only 3 ingredients, but I couldn't resist sharing it for a bit of fun.

I've been making a few Halloween recipes recently, and having asked the kids to 'name a food from a spooky/Halloween kid's movie' - they both immediately said 'SCREAM CHEESE from Hotel Transylvania!'

Here's our little version (thanks to Gracey for the sound effects!!):

I do kind of love that scene in the movie, so I did a little research, and there wasn't really anything out there on how to make a scream cheese bagel! A few cupcakes, a couple of cheese sculptures, but nothing that you could actually move to make it look like it's screaming.

So I set to work in the kitchen.

Mozzarella was the first and obvious choice, but I found you needed rather a lot of mozzarella, and it needed to be pretty hot and melty to make it stretchy enough for a scream. Too much cheese for the kids to manage, and too hot to handle without burning oneself. Plus it just didn't look right.

I  also tried to make little structures cut out of bread or bagel with cheese melted on top....

Nope that looked totally pants too.

So I decided to cross cheese off altogether and go with marshmallow! 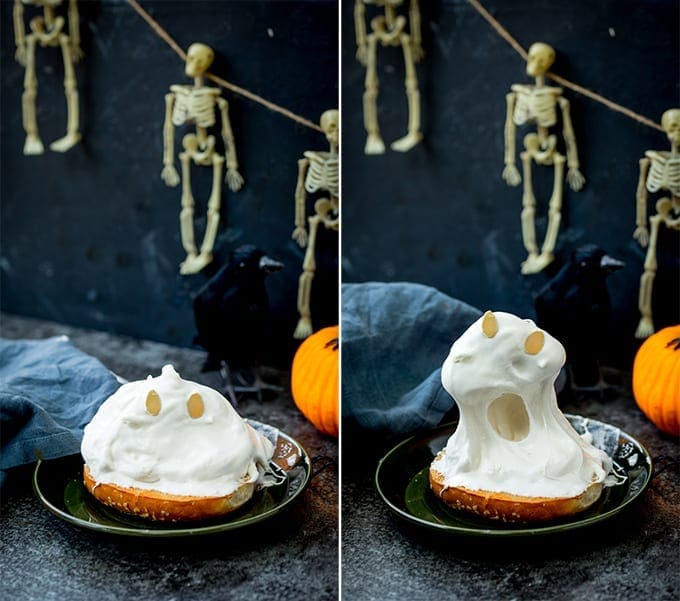 You need to melt 2-3 giant marshmallows on top of half a toasted bagel, and then let it cool enough to handle safely before going for the scream.

The head of the little monster is a little cut out triangle of bagel that's been wedged under the marshmallow. Flaked almonds are used for eyes. You can then use a fork in the back to lift the head up and down.

Be warned, it can get a little messy! You will have fingers and hands covered in sticky marshmallow. Not that the kids complained AT ALL.

It's a little fiddly, and not the easiest thing to get the perfect scream, but when I tried it out on the kids, they thought it was hilarious, and felt rather spoilt, being able to have marshmallow bagels for breakfast.

A 5 minute 'recipe', a bit of mess, and a lot of fun. I'm calling that a success, evening without the cheese 🙂 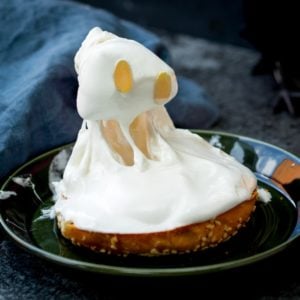