My Cheesy Pasta with Bacon and Kale is a super speedy dinner for those busy weeknights! 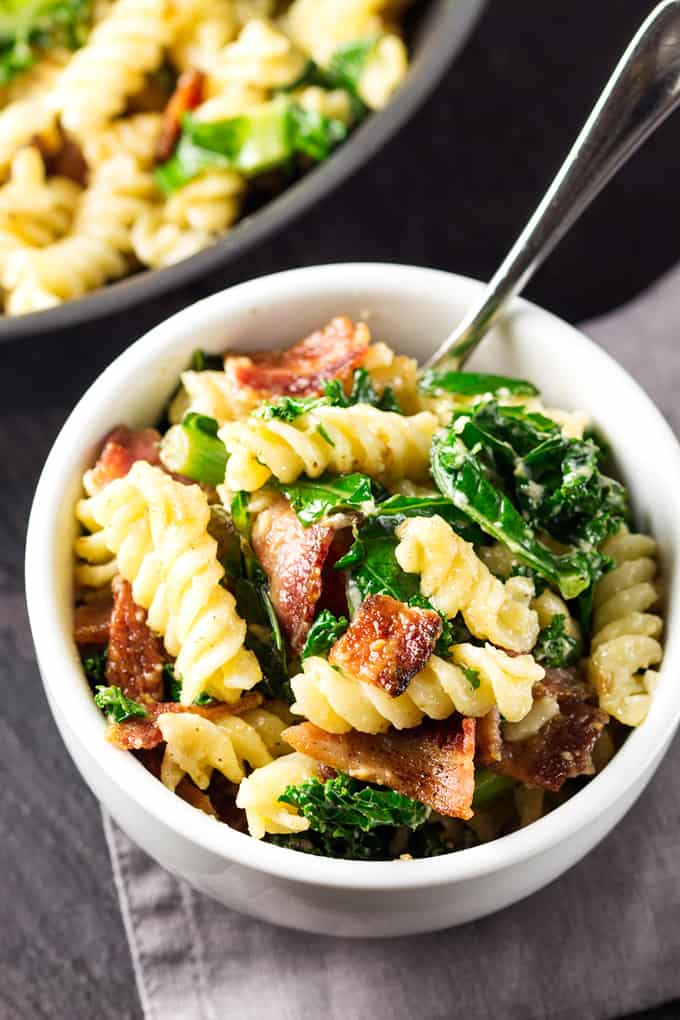 I’ve been making various versions of this Cheesy Pasta with Bacon and Kale cheesy since I was at high school.

Back then it usually consisted of pasta, cheese, cream, bacon and sausage.  Sounds pretty unhealthy, but it was so good, I even used to take it in cold for my packed lunch if I could get away with it.

This version actually isn’t that far removed, although I refuse to serve up dinner nowadays without at least one serving of veg. So for this version I’ve swapped out the sausage for a huge pile of kale.

Don’t despair though, even if you are in dire need of some devilish creamy, carb-iness, and the green-ness of this meal is putting you off, I should tell you that the kale is wilted in bacon fat before being stirred into the pasta.  ‘Two steps forward, one step back’ springs to mind….. 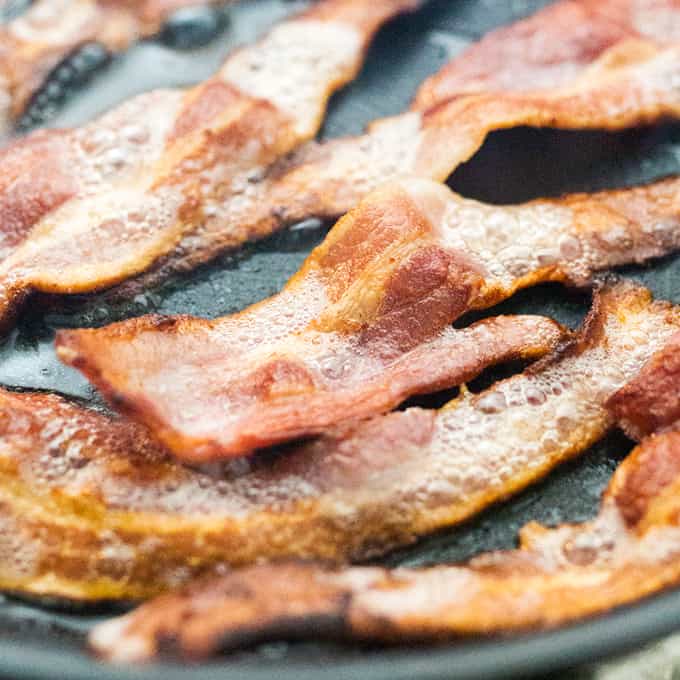 If that’s going just a little too far for you, then simply add the kale to the pasta for the last minute of cooking.

If you get that kettle on to boil as soon as you walk in the kitchen, you can be eating this for dinner in 15 minutes. 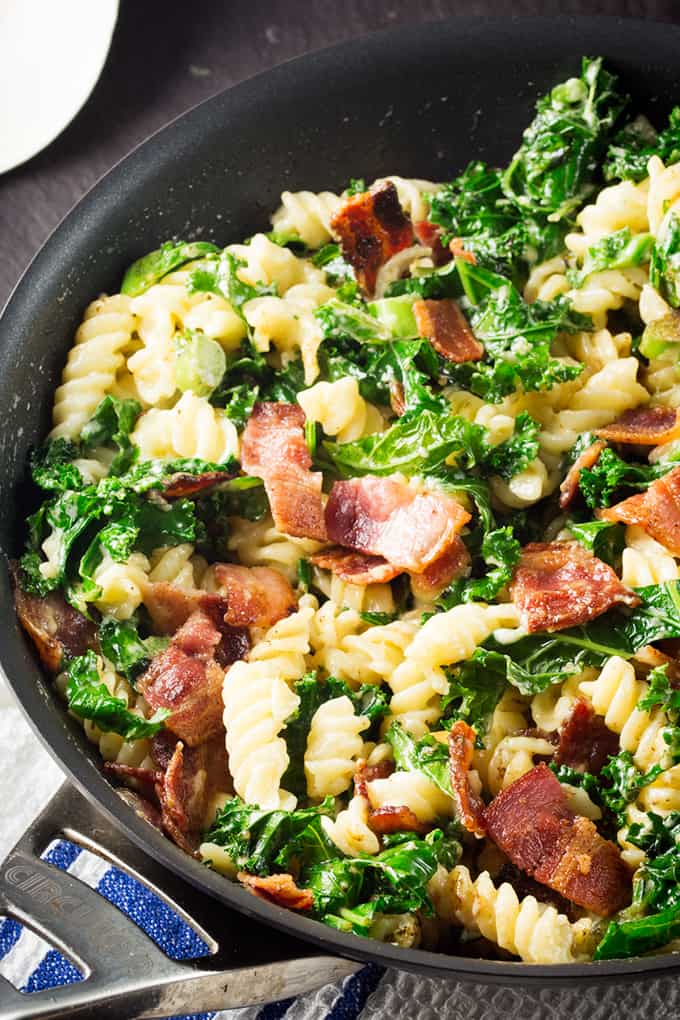 I’ve still got a finger full of blue stitches, but they’re finally coming out on Wednesday!

I ended up taking the bandage off after a week.
The hospital had initially told me to keep it on until the stitches came out, but come on!

It’s me we’re talking about.
Despite trying to keep it clean, I had that thing covered in cake mix and ketchup within a week.

The nurse let me take the bandage off, and i’ve been scaring the kids with my Frankenstein hand ever since 😀

It means I’ve been able to get back in the kitchen a little more whilst wearing gloves, but I can’t wait to get back in there properly and have my hands squishing through bread dough and rolling meatballs again!

In the meantime, fast, naughty, carby, bacon-filled dinners will just have to keep me going (sigh).

The Cheesy Pasta with Bacon and Kale Recipe: 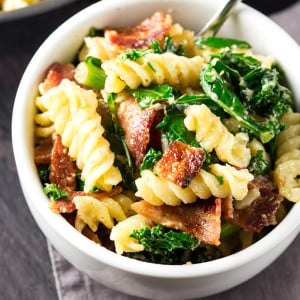 Cheesy Pasta with Bacon and Kale