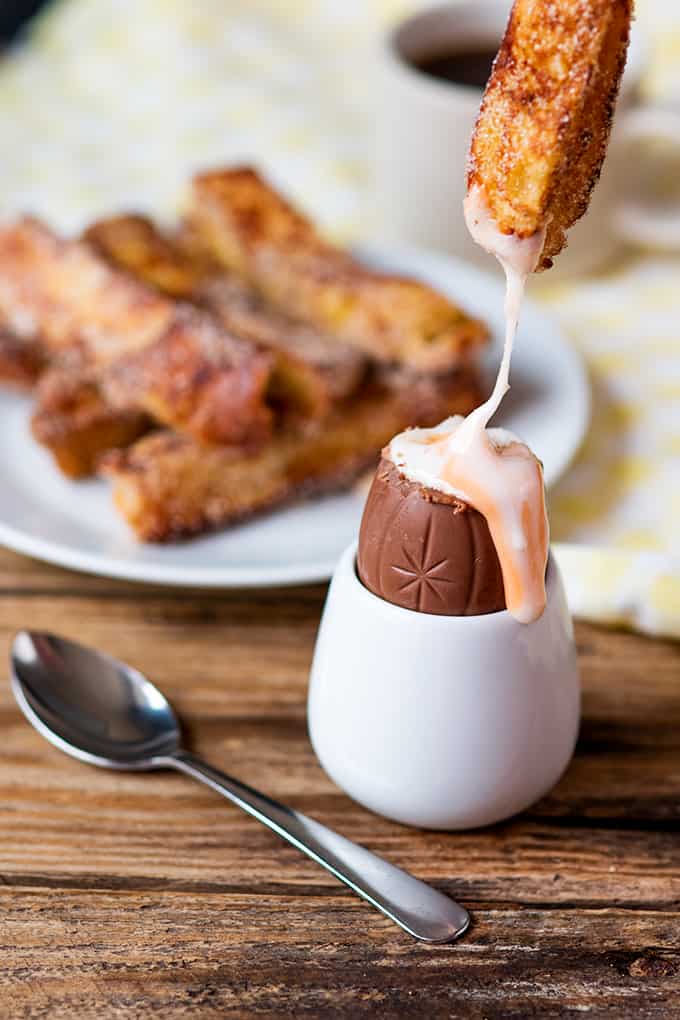 Oops - hope no-one's going to tell me off for encouraging that sugar rush! As a self-confessed chocoholic trying to encourage my kids not to be sweetie-obsessed I know it's hard.

I've read that sugar doesn't actually cause hyperactivity, but I'm not at all convinced. The resulting behaviour of my kids after a packet of haribo versus my kids after a bowl of strawberries is very different. So generally we try to keep chocolate and sweets until the weekend - when they've got plenty of time and space to run it off! 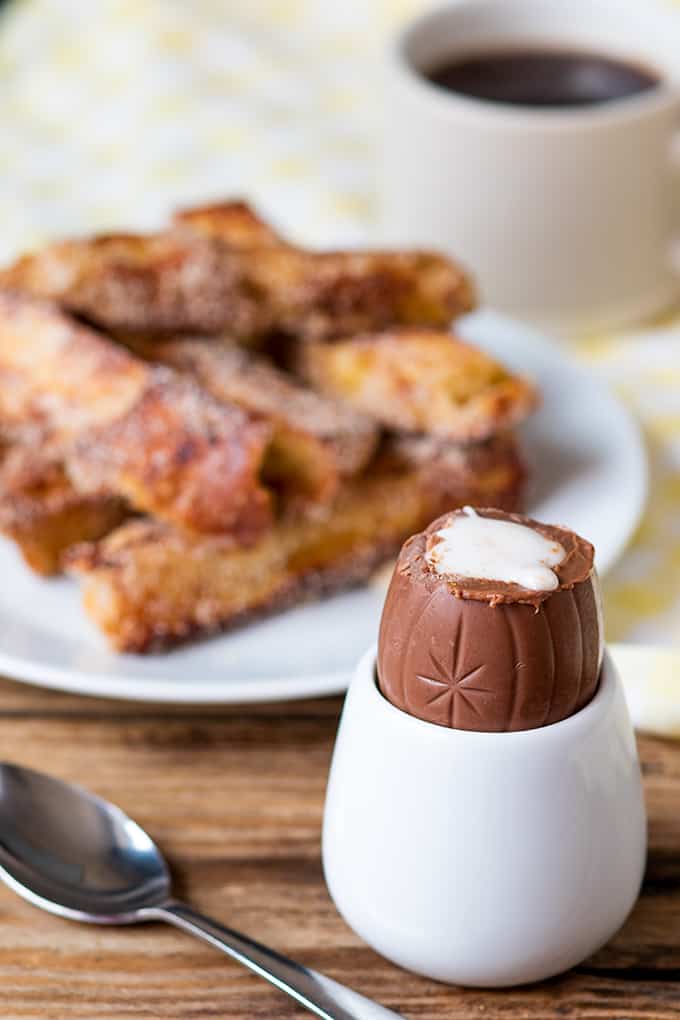 Now this breakfast is most definitely on the sweet indulgent side. Slices of soft brioche dipped in eggs and vanilla, then browned in butter and rolled in cinnamon sugar. That's heaven just by itself, but then dipping it into a Cadbury Creme Egg? That's crazy indulgent. But it is Easter, so I'm going with it (however I certainly won't be looking at the calorie content in Yummly!).

A couple of tips for the creme egg - they are actually smaller than a regular egg, so they won't fit in your egg cup. You may need to put some tissue in the bottom of your egg cup to hold it up. I found I had some mini sauce cups - they were the perfect size. 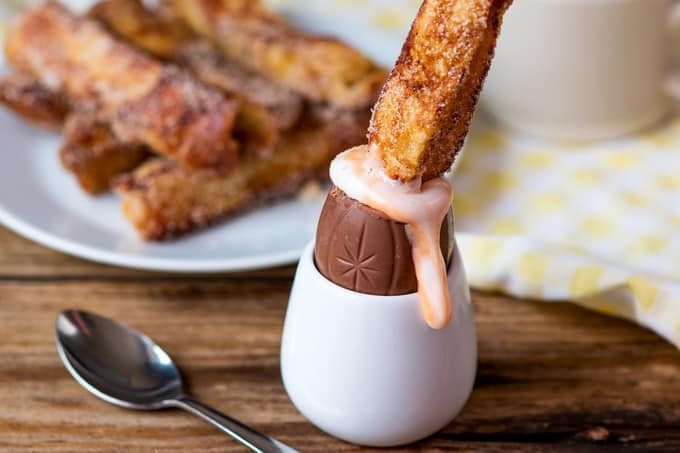 When you slice the creme egg, it's a good idea to heat your knife in some hot water first. Just trying to saw your way through it is likely to result in a crumbled gooey mess that you'll need to eat off your hands (been there, done that).

I made this recipe and photographed it, I think those brioche fingers disappeared within 5 seconds of the camera being put down!!

Do you have any ultra indulgent recipes that make your fillings hurt just thinking about them? Tell me tell me!! 🙂

Check out my Giant Creme Egg dip and my other Easter recipes, any excuse for more delicious sweet treats! Happy Easter!! 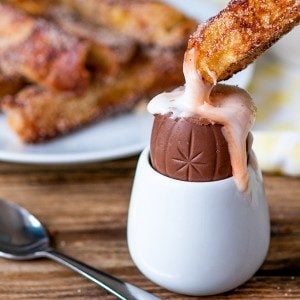 Nutritional Information is per serving