Baked Spinach and Goats Cheese Croquettes – a lighter dinner for meatless Mondays! Creamy mashed potato, with butter, double cream and a good pinch of salt. That’s the kind of food my dreams are made of! 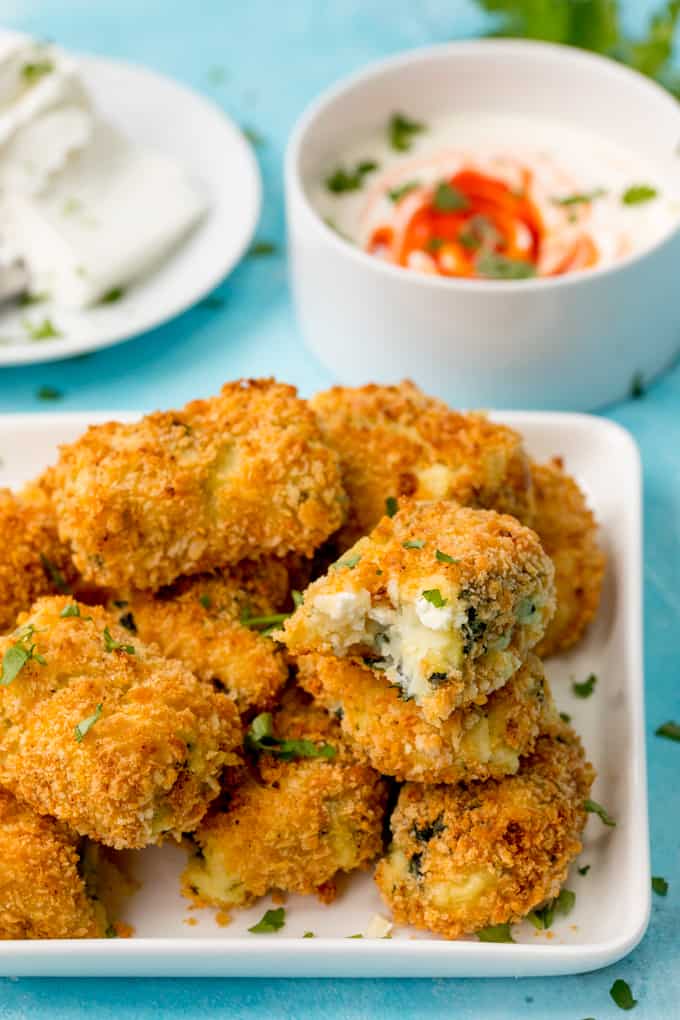 If ever there was a mashed potato fiend, I am that person.

I don’t make it all that often, because, to be honest, I could probably go through half a kilo of spuds all by myself.

When I was a student, I used to make a big bowl of mash, then top it with crispy bacon, finely diced raw onion and leftover gravy from the freezer (NEVER throw away a decent gravy!!). I’m drooling at the thought – might have to introduce the kids to that delicacy!

It also can’t be beaten when laced with cheese (but I’d skip the gravy – cheese and gravy just isn’t right. Unless we’re talking cauliflower cheese I suppose – but my cauliflower cheese would always be on the other side of the plate to my gravy). 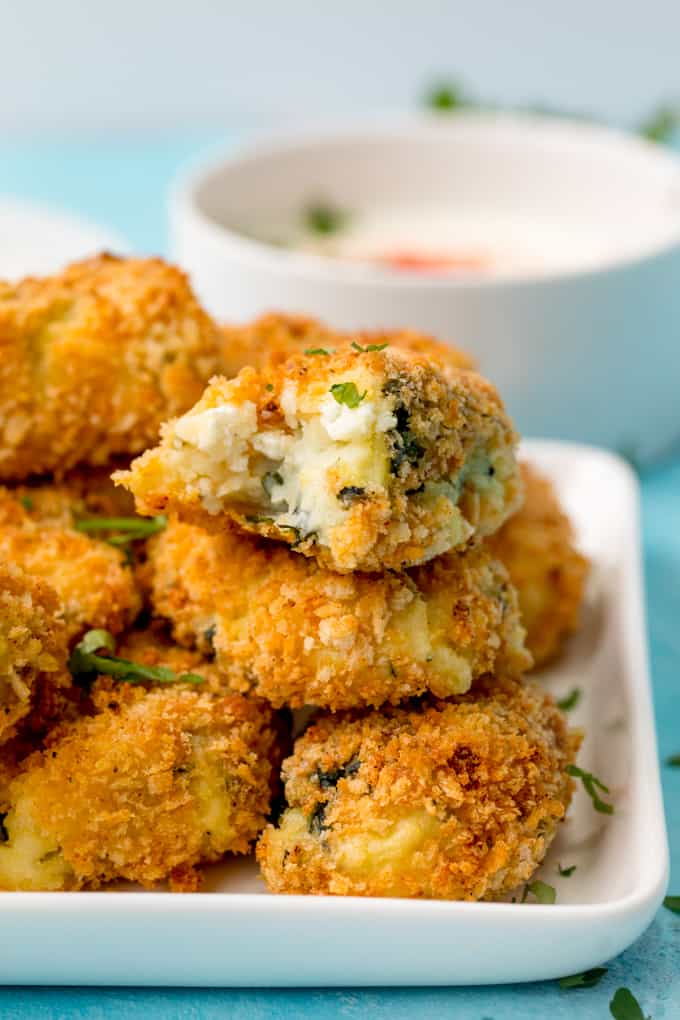 Instead of the cheddar cheese I’d usually add to mashed potato, this one is mixed with creamy goat’s cheese and lightly wilted spinach for a slightly tangy flavour.

Rolled in breadcrumbs, then baked until golden and crispy, they make a seriously good lunch (especially dipped in a simple crème fraiche and sweet chilli sauce concoction!).

You can make them gluten free by using fresh breadcrumbs from a gluten-free loaf. Even though gluten free bread isn’t usually as tasty as regular bread, you really can’t tell the difference when it’s used in this way. 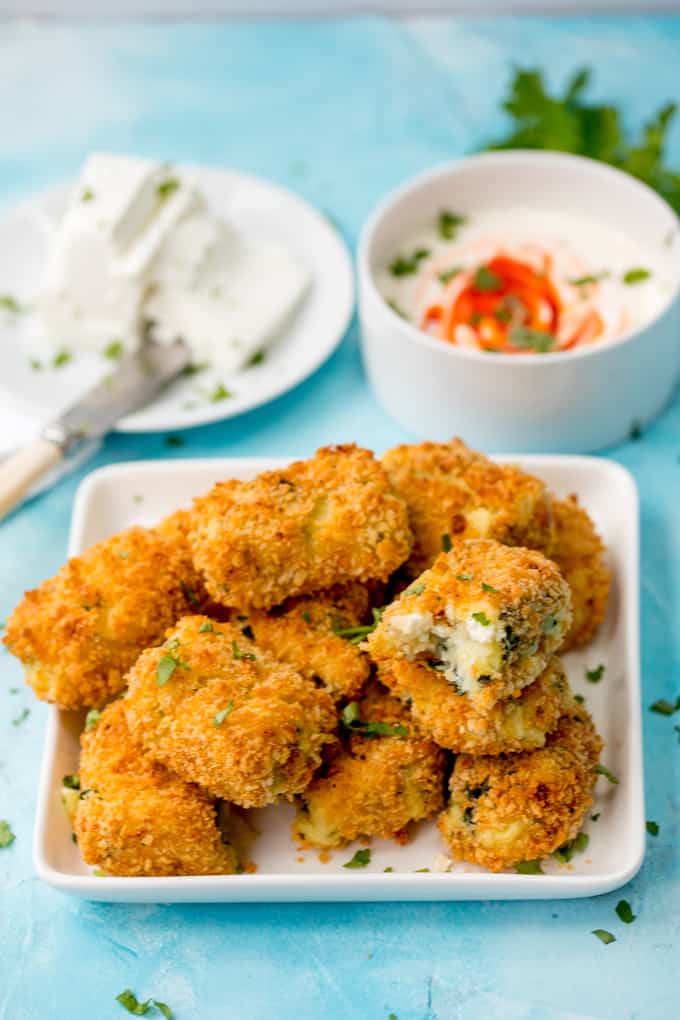 I’m going back to thinking about my student diet now. I did cook a good amount of food from scratch, but there was a lot of cheap/easy store cupboard stuff in there too.

Ahhh, those were the days - when the closest I got to my 5-a-day was a glass of orange juice and an apple turnover from Tesco.

Did you have any student food favourites?

Here are some of my other croquettes: 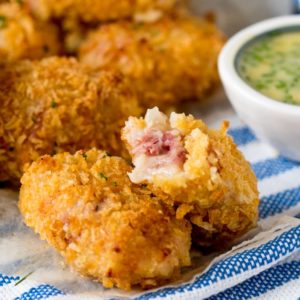 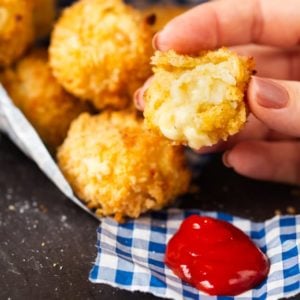 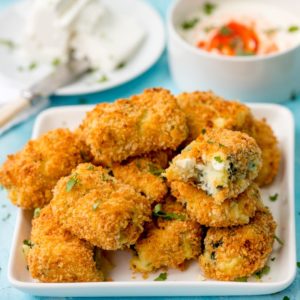 Nutritional Information is per croquette.