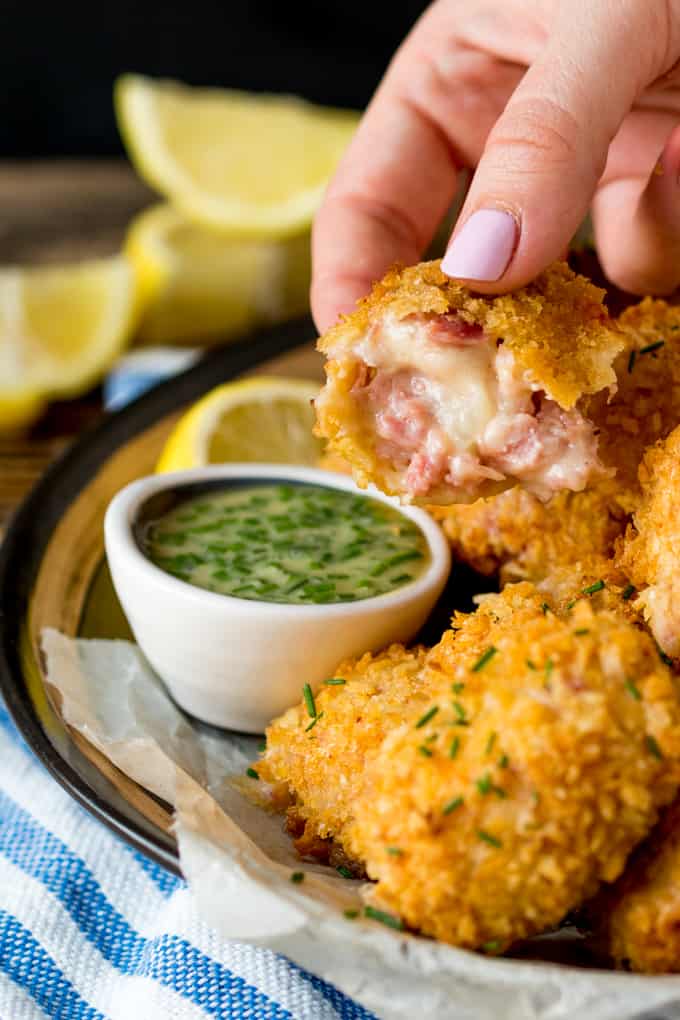 Yes all good words to describe these ham hock croquettes and things that I like to eat in general.

Have you had ham hock before?

I first had it a few years ago when I spotted it at the deli counter looking like a delicious cross between pulled pork and baked ham. I cooked it into a pie (something like this chicken and ham pie if I remember correctly) and I was sold. It’s salty and flaky, and those extra large chunks just can’t help finding their way into my mouth whilst I’m cooking. 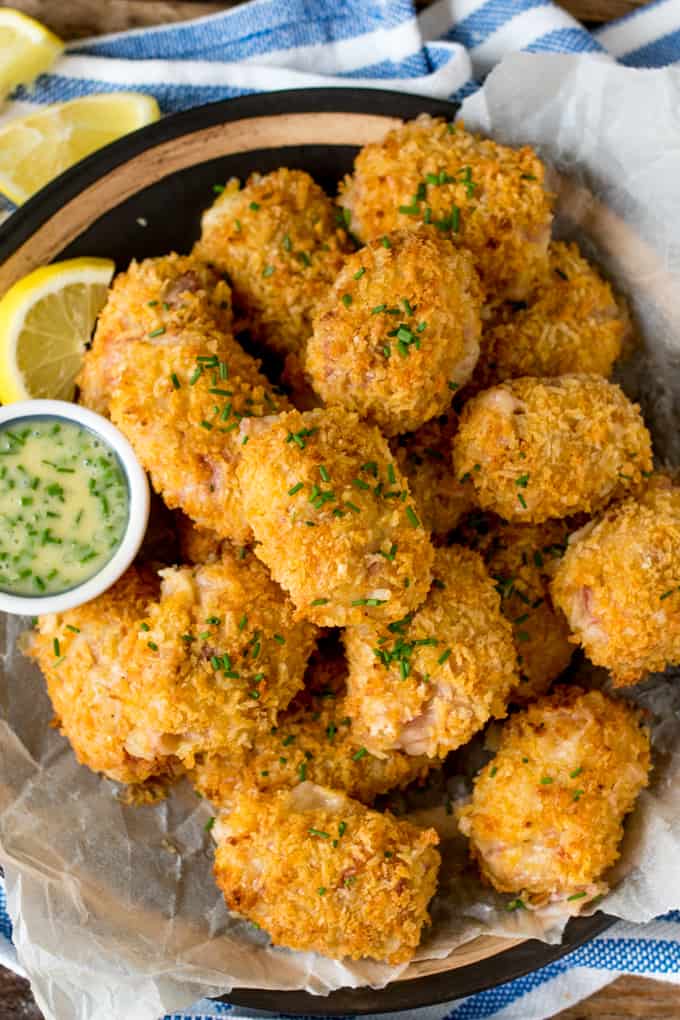 It’s so good that I’ve LOADED these croquettes with it. If you check out other croquette recipes you’ll see their measly ham rations. I want every mouthful loaded with ham please!

So what is ham hock?

It’s actually the meat in the ankle area of the pig (and yes, I did just google ‘Do pigs have ankles?’, looking back it was a pretty stupid question and I’m not proud) and although it hasn’t got a lot of fat, it has got lots of collagen from the connective tissue that melts down during slow cooking to give a distinctively soft and tender meat.

Hopefully that hasn’t grossed you out!

These croquettes are baked in the oven. Only for 10 minutes or so until the filling just starts to seep out. That’s when you know they’re gooey and perfect inside. 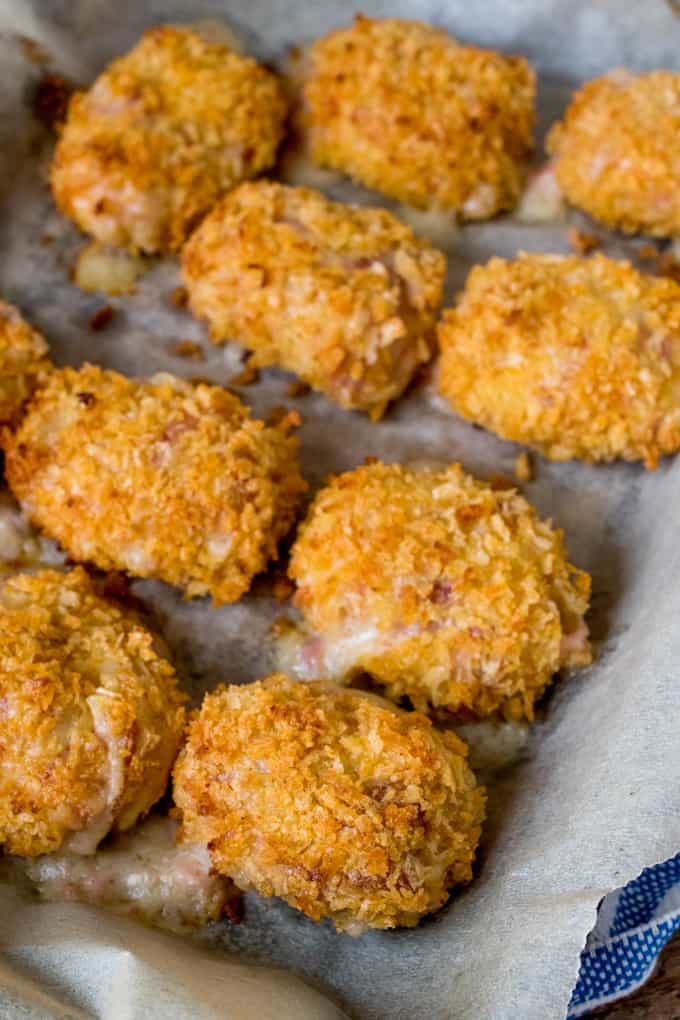 You’d think 10 minutes wouldn’t be long enough to get this golden crunch on the outside, but I’m going to let you in on two little secrets:

Whip up a quick honey and mustard dip and you’ve got a treat worthy of any party/lunch/game day/midnight snack! 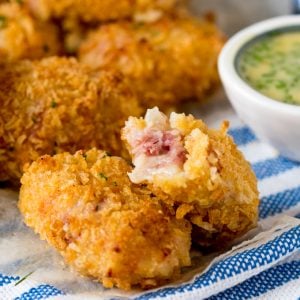 Nutritional Information is per croquette plus dip.