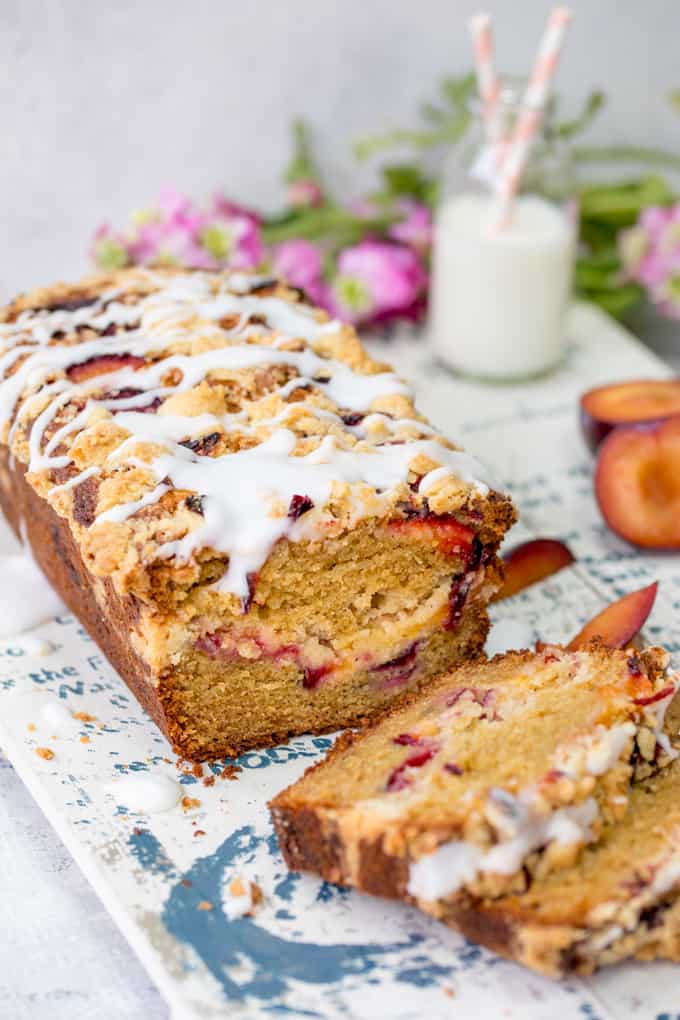 I love that it’s socially acceptable to eat cake at 10:30am and call it brunch. It makes my cake addiction almost sound posh 🙂

If you don’t eat it all at once, you’ll have enough left for afternoon tea too. Double posh!

As a blogger and freelancer, I often find I have boundaries to work within – whether it’s a pasta recipe for a brand, an easy picnic recipe for a website or a seasonal recipe for Kitchen Sanctuary (usually start on these at least a couple of weeks before the season starts). 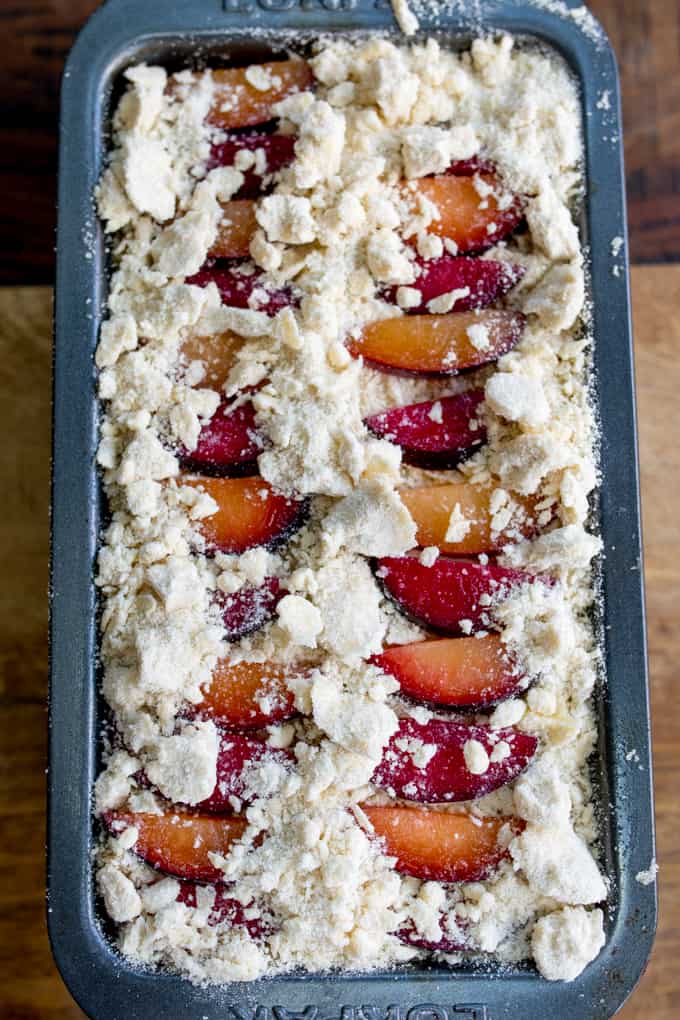 I don’t mind that at all, and in fact I often find that I work better, and can be more creative when working within certain boundaries.

This time though, I was pottering around the kitchen, and I decided that I just felt like making plum bread. No deadline requirements, no need to blog about it at all really, I just fancied making a cake. 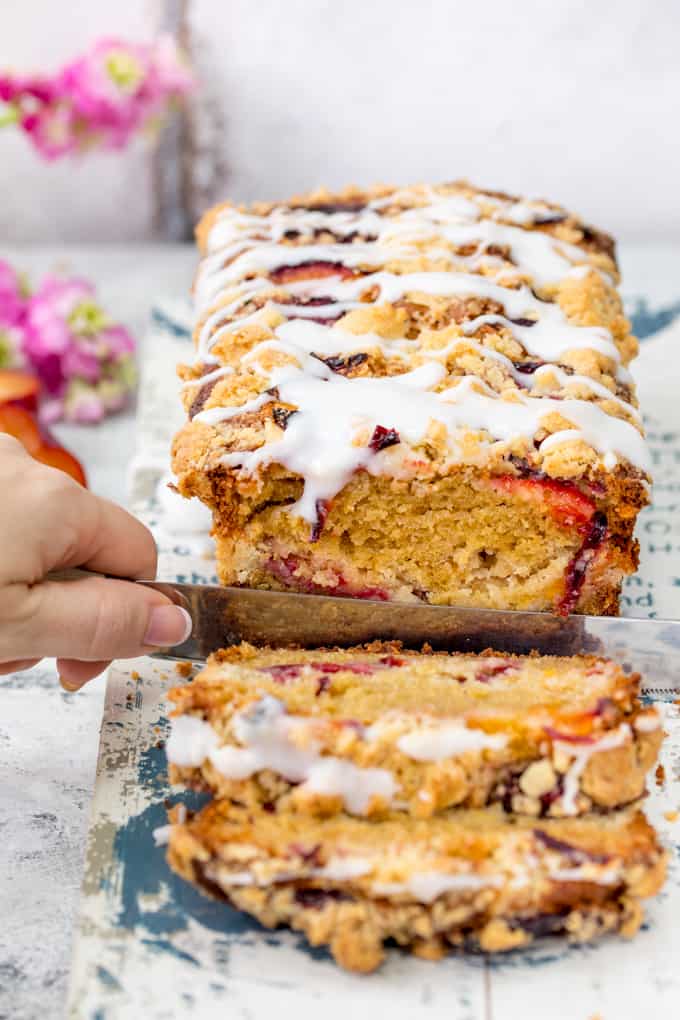 It ended up being so good, I had to share it!

I decided to go with a vanilla flavoured sponge – made light and fluffy with the use of Greek yogurt and baking soda (the acid and alkaline mixture react to give a nice rise). I piled plums and some of the streusel mixture in the middle of the cake, then topped it off with the remaining plums and streusel.

Knowing how much Chris loves almond flavour, I decided to compliment the ground almonds in this cake with an almond icing drizzle. 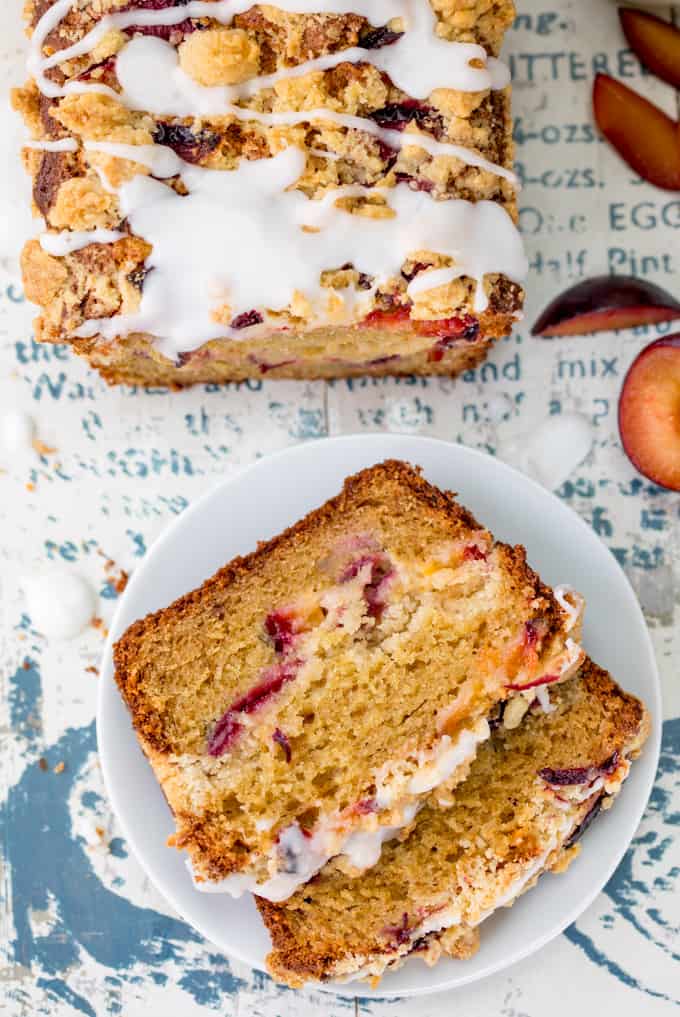 And let me tell you, I might have to use that icing on everything now! So simple, I don’t know why I haven’t thought of it before. I had to prise the bowl out of Chris’s hands so he wouldn’t lick it clean.

If you like fruit breads for brunch – try my Coconut Pineapple bread with caramelised pineapples and brown sugar glaze. 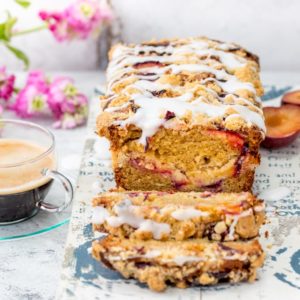