Lasagne Potato Skins – yep, this carb-fest is a winning dinner or a fantastic appetizer! 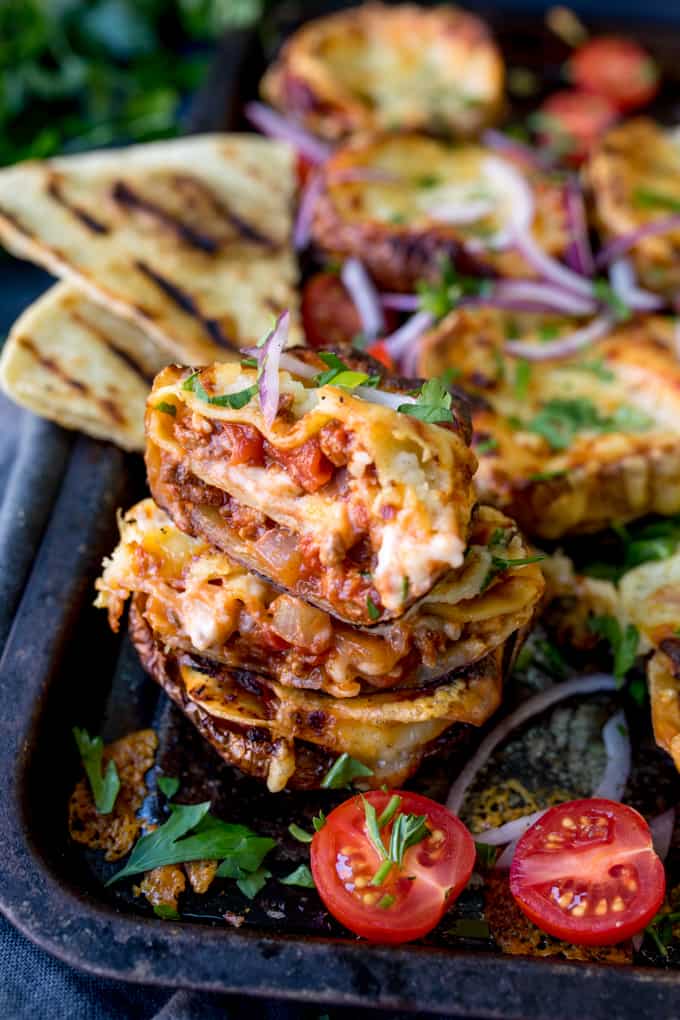 I’m not great at serving dinner without carbs. A side-salad or a pile of green vegetables don’t quite satisfy me, and I end up hunting the back of cupboards for crisps later.

Give me double carbs…….. and I’m one happy girl!

And if you look closely at the pics, you’ll see I’ve got some flatbreads on the side too. Woo hoo triple carbs for the win! 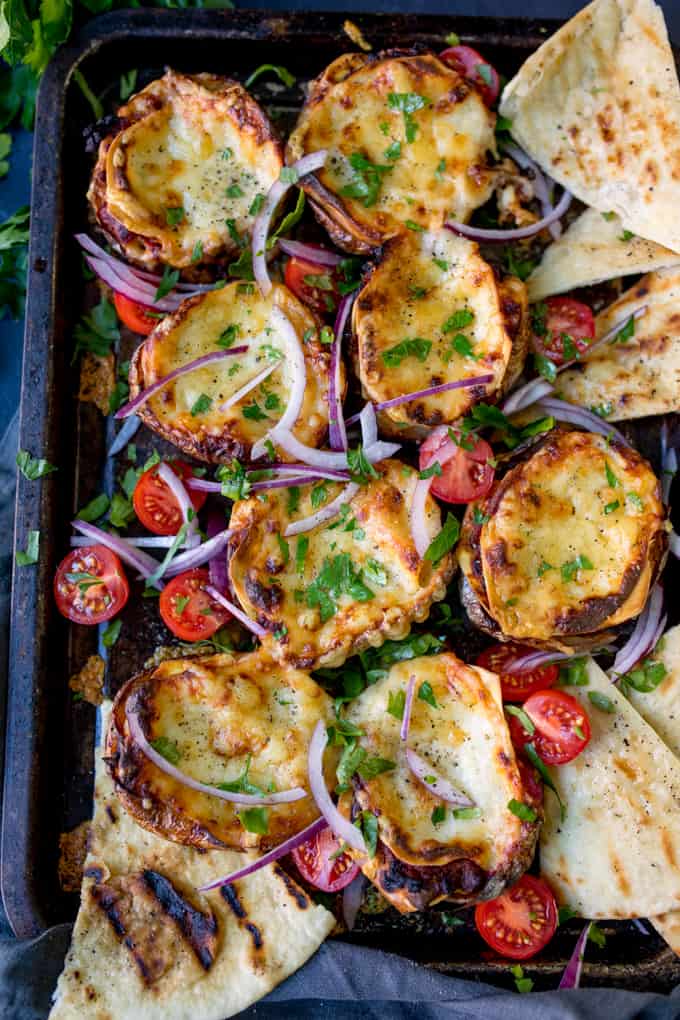 Just call me anti-Atkins (although that is one diet where the weight falls off me. But I HATE it!).

I don’t know about you, but whenever I make a lasagne (ok, lasagna if you’re in the US), I always end up with a few spoonfuls of meat sauce and white sauce leftover. Not enough to make up another layer of lasagne or to freeze for a future meal, but a shame to throw it away. This sad, sad food-wasting dilemma is how these potato skins came about.

After making this a couple of times, I’ve found it works better to make the potato skins first, then make up a four-person lasagne with the leftovers. That goes in the freezer for another night, and I’ve still got enough food with the potato skins to feed four people. 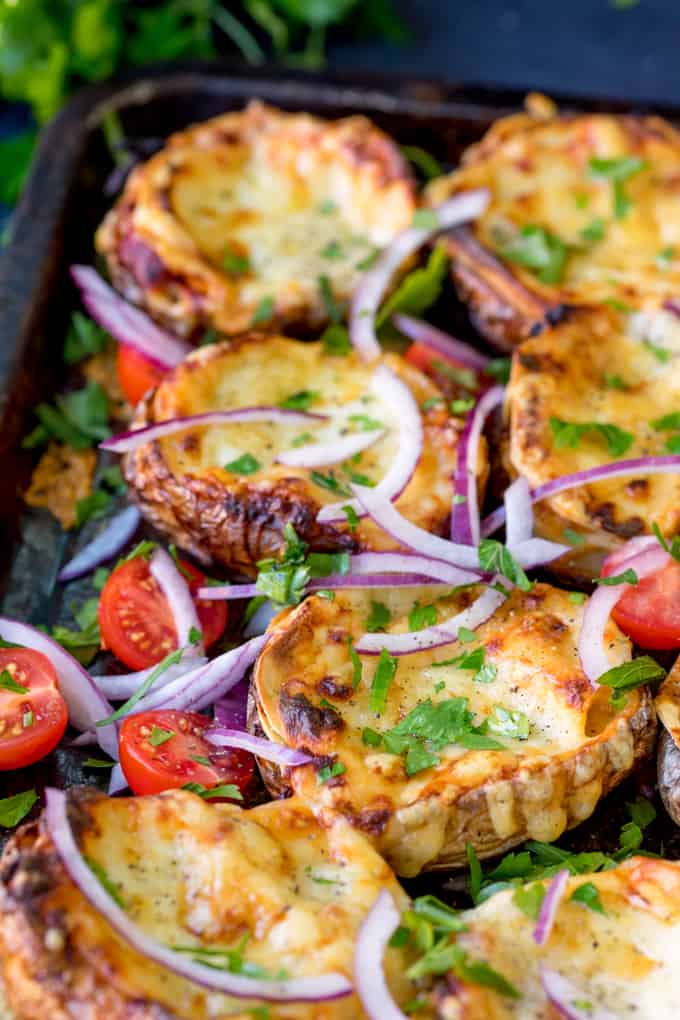 No need to reach for the crisps later. Although a few chunks of Dairy Milk might still be in order… 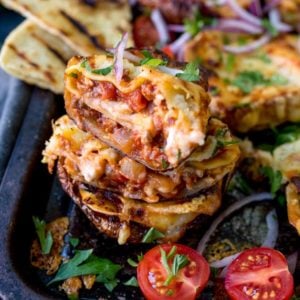 *Defrost thoroughly before reheating.
**Reheat in a 200C/400F oven for 30-35 minutes until hot throughout and golden brown on top.
Tried this recipe?Mention @KitchenSanctuary or tag #kitchensanctuary on Instagram!