This is one of those recipes where it doesn’t matter whether you’re gluten intolerant or not.  These Gluten Free Chocolate Peanut Banana Cupcakes are so good, you just can’t tell the difference. 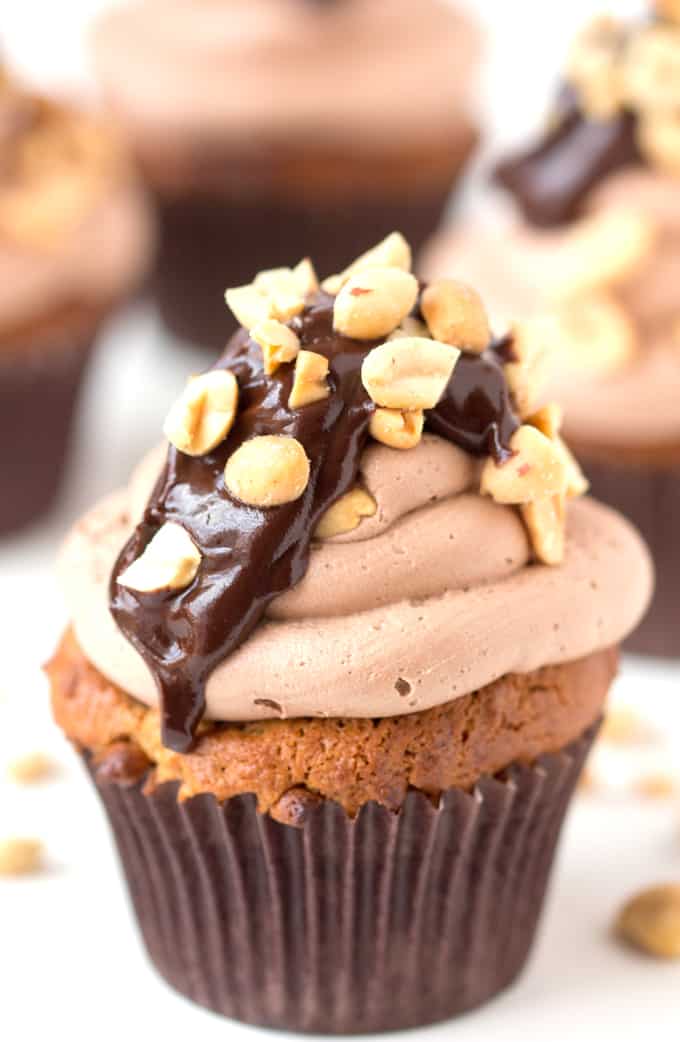 I was about to start this post off telling you that I was sitting on the sofa at my folks house listening to my dad playing on his guitar and singing a song with his lovely voice. Living over 50 miles away, I don’t get to hear his chilled-out tunes anywhere near as much as I used to when I lived here.

Unfortunately the tranquility lasted all of 3.5 minutes before my 5-year-old took over the guitar – and now I’m listening to a right old racket. Why do kids insist on strumming as hard and as loud as they can, then demand praise for how good it sounds?

I did try to fib, but I think he could see right through my ‘erm, yes lovely darling’. Not that he was bothered, he just played louder.

I’m over here for a girls-night-in with my best school buddies. We’ve been friends for 25 years – since high school, and we try to get together at least every few months for a catch-up. Tonight it’s going to involve numerous bottles of bubbly, nail painting, gossip, takeout and these cupcakes.

They evolved from a few products I’ve been experimenting with  – kindly sent to me by Sukrin. I already use their coconut flour in gluten-free baking, so couldn’t resist using that along with some of their peanut flour.

Have you ever tried peanut flour?

Wow I was amazed. It added a lovely peanut butter flavor to the peanut and banana bit of the cake, and it’s actually 50% protein. I’ve been told you can add it to smoothies and cookies, or even add a bit of water to it and turn it into a really low-fat peanut butter. I’ve not tried that yet, but I might try it out on my son (who’s a peanut butter-aholic).

They also sent me some sugar-free chocolate – which was surprisingly good too. The chocolate with salted almonds is the one to go for.

So I guess I really made two cakes – one was a fudgy chocolate brownie, that I cut into cubes. I then placed these cubes into my peanut-banana cake batter and cooked them, before topping with Nutella frosting, a little melted dark chocolate and a few chopped, salted peanuts.

Oh, time to go out! I’ll be back to finish off this Gluten Free Chocolate Peanut Banana Cupcakes post tomorrow. 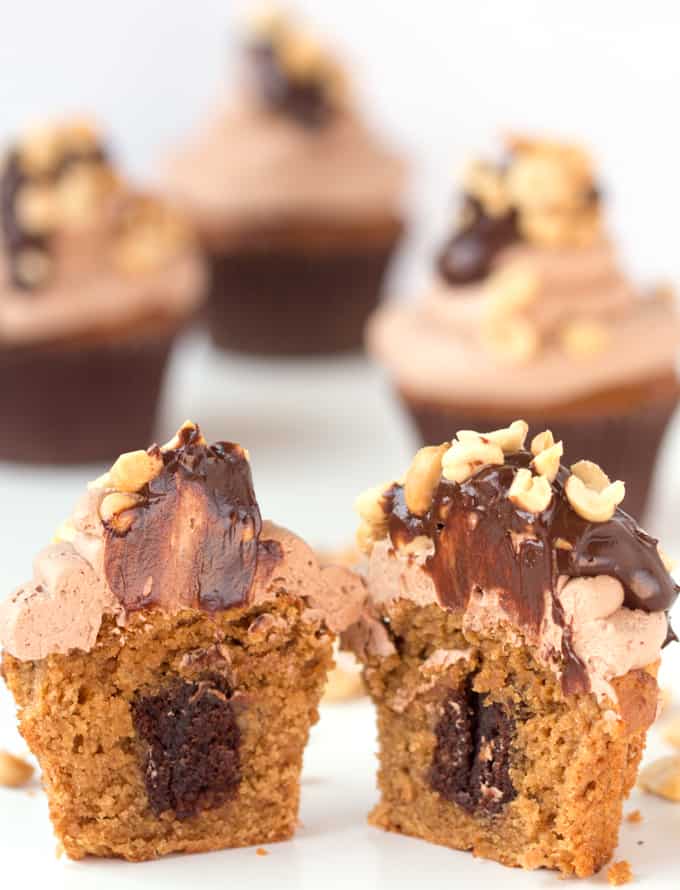 Definitely way too much bubbly consumed, and we were so busy chattering that we never even managed to start on our nails.  However, we did manage to fit in these Gluten Free Chocolate Peanut Banana Cupcakes – even after rather a lot of Chinese food.

And I can confirm they were delicious!

In fact my friend Helen muffled between mouthfuls that they were the best cupcakes she’s ever tasted (Sorry H, had to quote you on that one :-))

Ok, I’m going to leave it there whilst I go in search of coffee and paracetamol…. 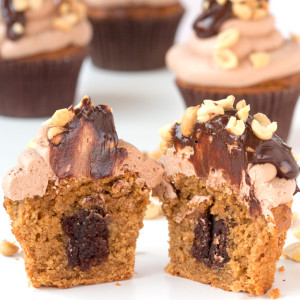 These cupcakes will keep for 2-3 days in a sealed tub at room temperature. . These are large indulgent treats. Nutritional Information is per serving.