These garlic and spinach stuffed pasta shells are creamy, cheesy and delicious! A meat-free meal that the kids love too! 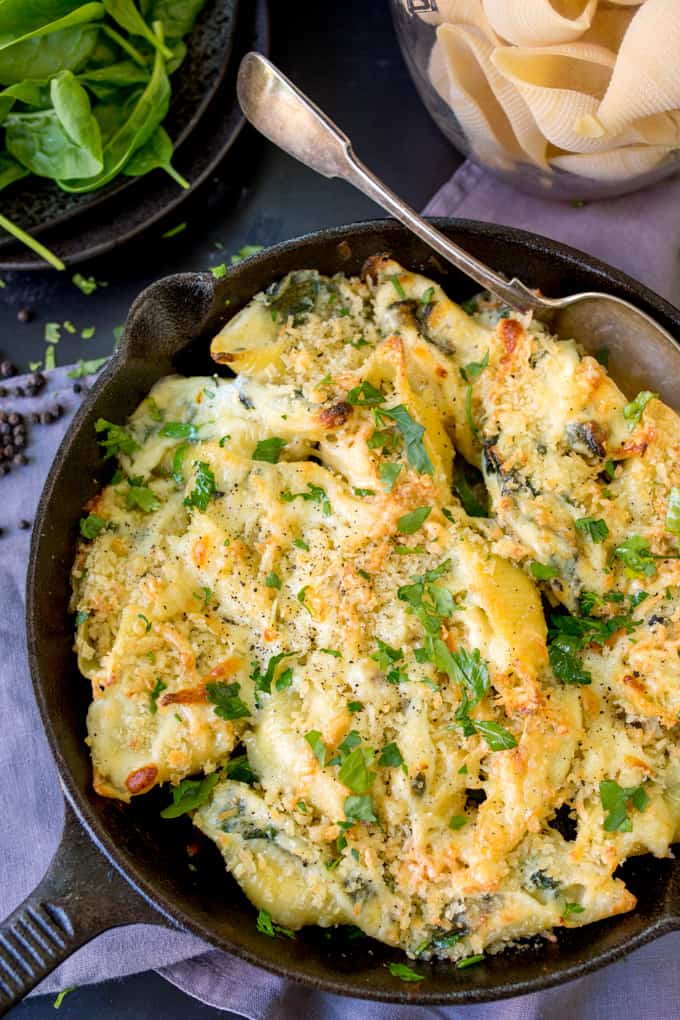 I can't deny it, stuffing pasta shells is a bit of a messy job, but it's so worth it for this garlicky spinach and cheese combo.

I like to tell the kids that I've magically made regular pasta shells bigger with a little help from my wooden spoon wand.
I'm pretty sure they don't believe me, but it is fun when the kids think you have a few superpowers.

My mum used to hide sweet around the house and then say a 'magic word' that would make them appear. I'd be amazed when I looked behind the cushion or the plant pot. I just couldn't understand why she couldn't do it all the time 🙂 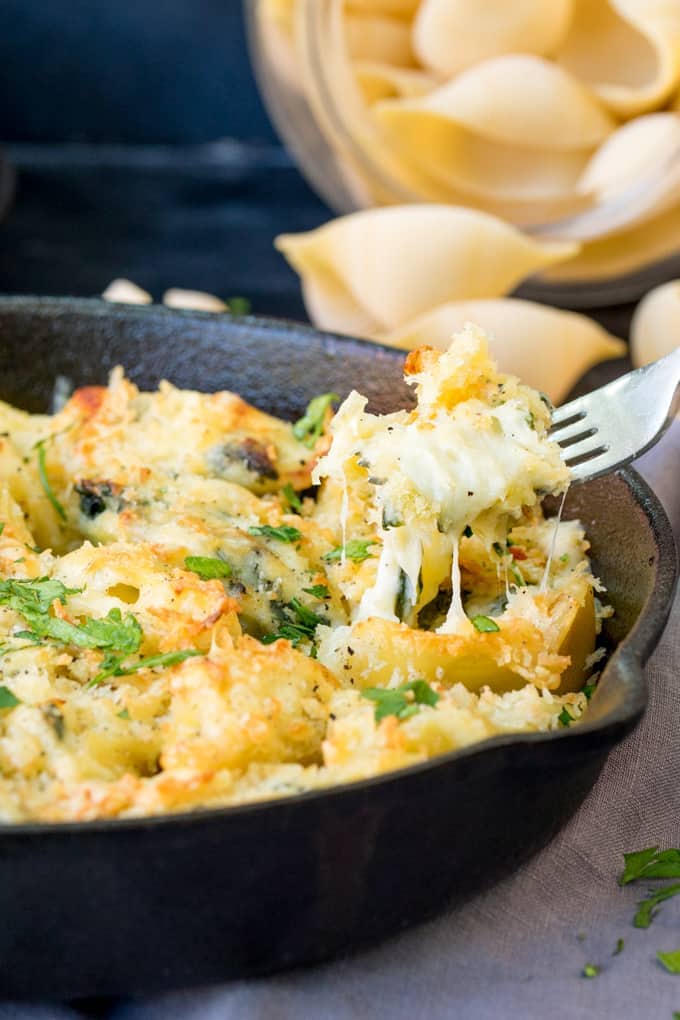 Well it's bank holiday Monday in the UK! The weather actually isn't too bad at the moment, and maybe, just maybe we'll get to have a barbecue for dinner.

Like the cool and awesome family that we are (erm yeah, ok). We spent the weekend at a festival! The Big Feastival in the cotswalds to be precise.

One year ago we were there, and I was competing in the live cook-off to win a kitchen full of Neff goodies. This time I was judging the cook-off, and Gracey was one of the judges for the kid's cook off!

Although not as nerve racking as last time, my heart was still pounding when my name was announced to go up on stage. The two finalists, Jess (who teaches nutritious cooking for kids and has the blog Cook It with Kids) and Jane (who blogs at Hedgecombers with a focus on cooking from her small-holding and allotment, plus camper-van cooking!) looked remarkably composed (although having spoken to them earlier, they were definitely nervous too). 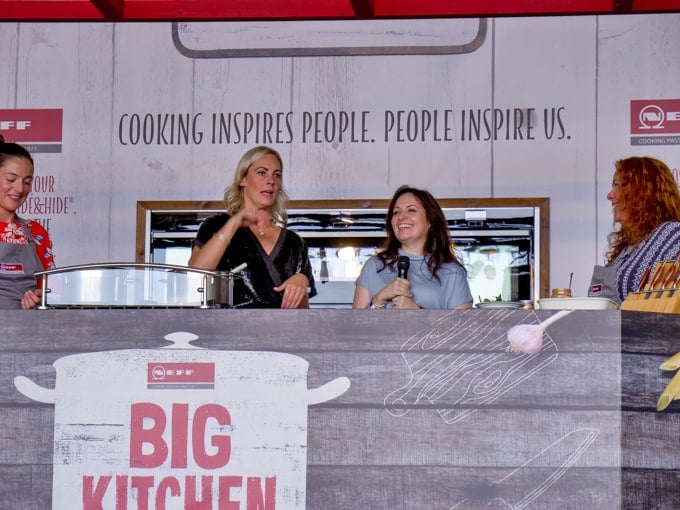 Both were tasked with making a one-pot pasta dish inspired by the Mexican version I did for Neff a few months ago.

Both tasted absolutely delicious, and when the audience came to vote (using red and white balloon clappers), it looked like they agreed too! I could see pockets of red and white everywhere, with no obvious winner - which meant I had to decide!! Oh my goodness, it was so difficult to choose. Both dishes were fab!

In the end I picked Jane - I just loved those Asian flavours! It was such a close call though. 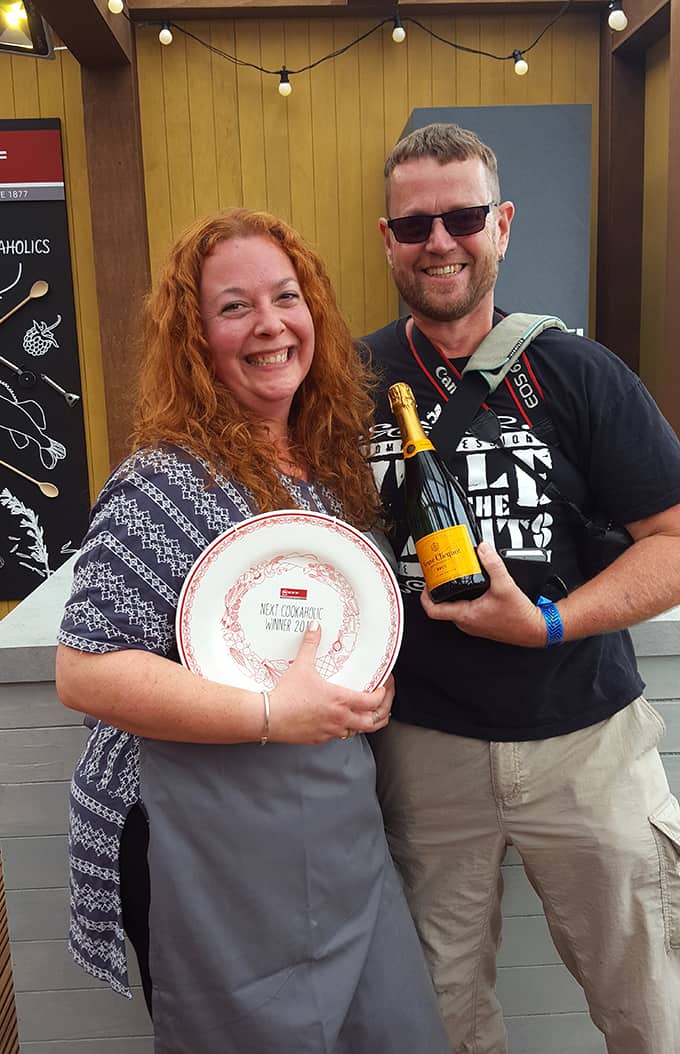 Gracey also got to help judge the kid's cookaholics competition the next day. Both girls - Sienna and Cooper did an amazing job, with Sienna winning in the end. 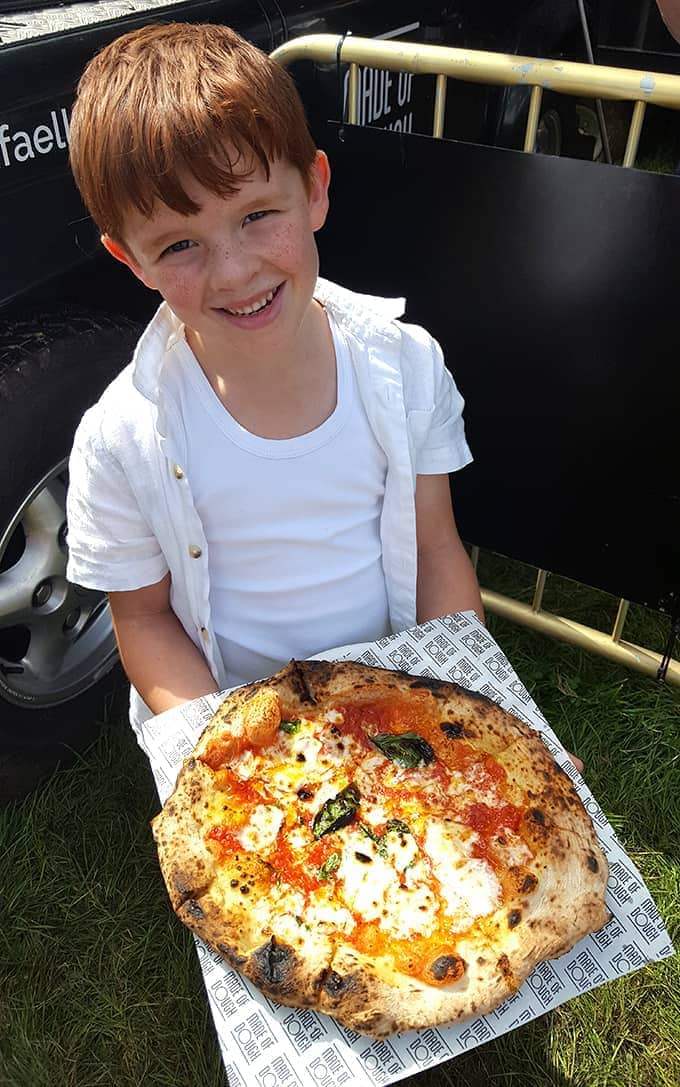 I also spent a fair amount of time being star-struck when meeting chefs backstage at the Neff stage - such a Cyrus Todiwala, Anthony Carluccio and Nathan Outlaw. I spotted Jamie Oliver too, but decided against chasing him down for an autograph. 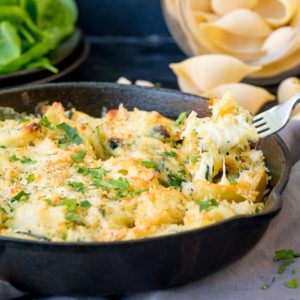 Nutritional Information is per serving (based on 2 hungry people!).