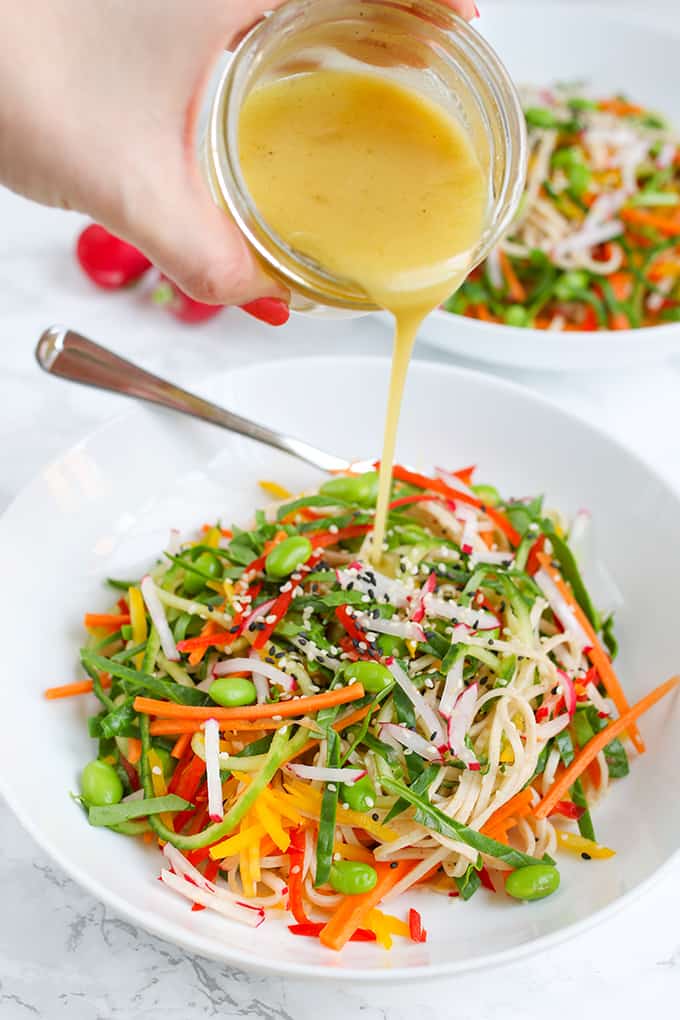 I think it’s time to get the salads out again after all that holiday indulgence!

Yes, I’ve put on a couple (ok 5) pounds over the past couple of weeks with trips out with the kids and lots of yummy food in Italy.

This salad is one of the meals that I know will get me back on track again.

The honey-dijon dressing is the perfect mix of sweet & savoury with a tiny bit of heat that makes every mouthful so moreish.

You don’t even need any meat for this veggie-friendly lunch (but it does go well with cold poached salmon if you’re one of those people who feels a meal isn’t complete without some meat or fish on there). 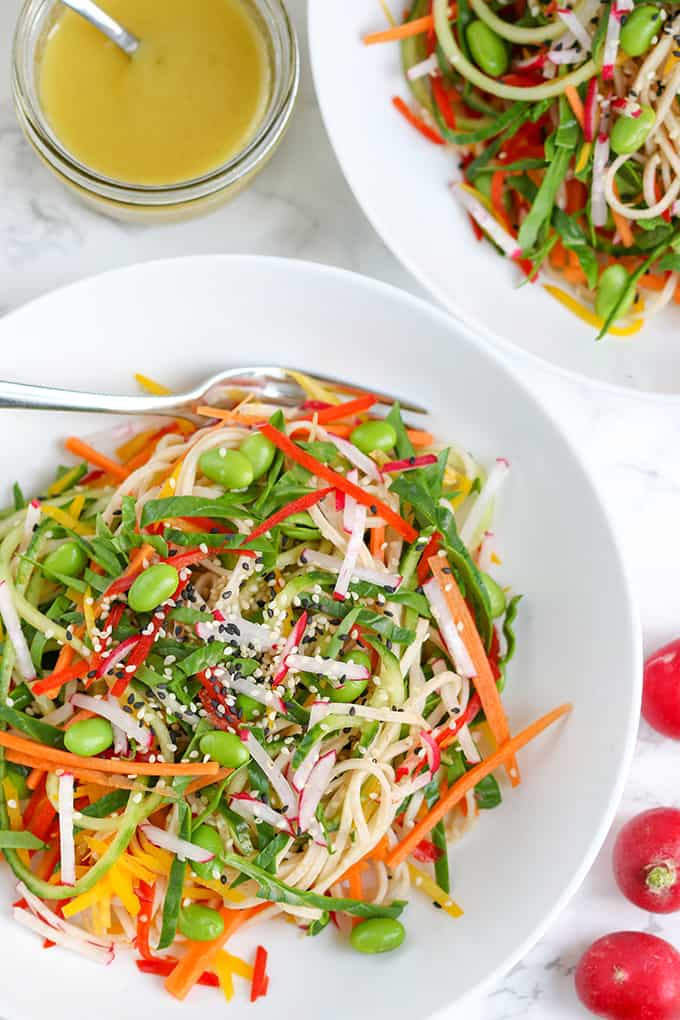 This is one of my favourite salads – partly due to the gorgeous colours, partly due to the fact that I get to use one or two of my nifty kitchen tools (like this mandoline and this spiralizer <–Amazon affiliate links), and partly because it’s so flippin tasty.

I initially made this for Superfood Magazine back in early Spring and I’ve gone back to it again and again over summer.

I usually stick with this Dijon dressing, but sometimes I like to change it up a little with the spicy-nutty dressing from my nutty noodles recipe. 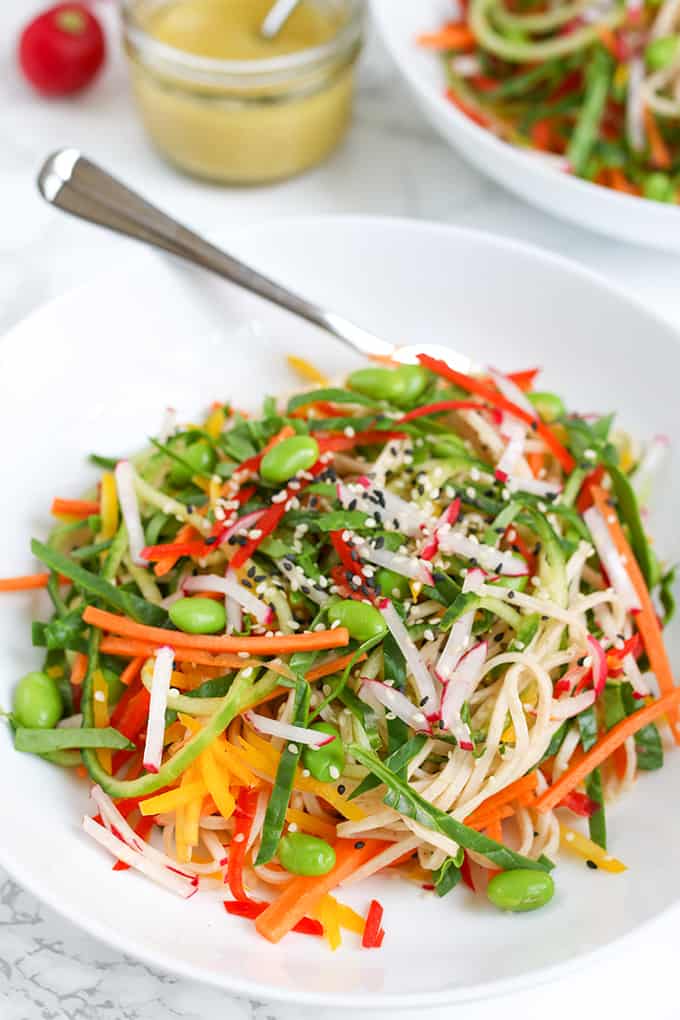 You can also make it without the noodles and edamame as a lighter alternative to coleslaw. (and then serve it with the great big burger with onion rings that I’m making for the blog next week – oops. I’ll just have a to make a small one for me!!) 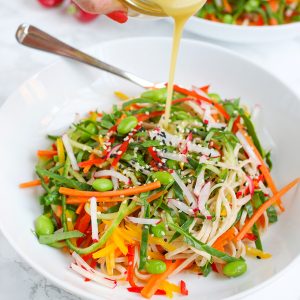