This Grilled Peach Breakfast Parfait is great for dessert for breakfast! 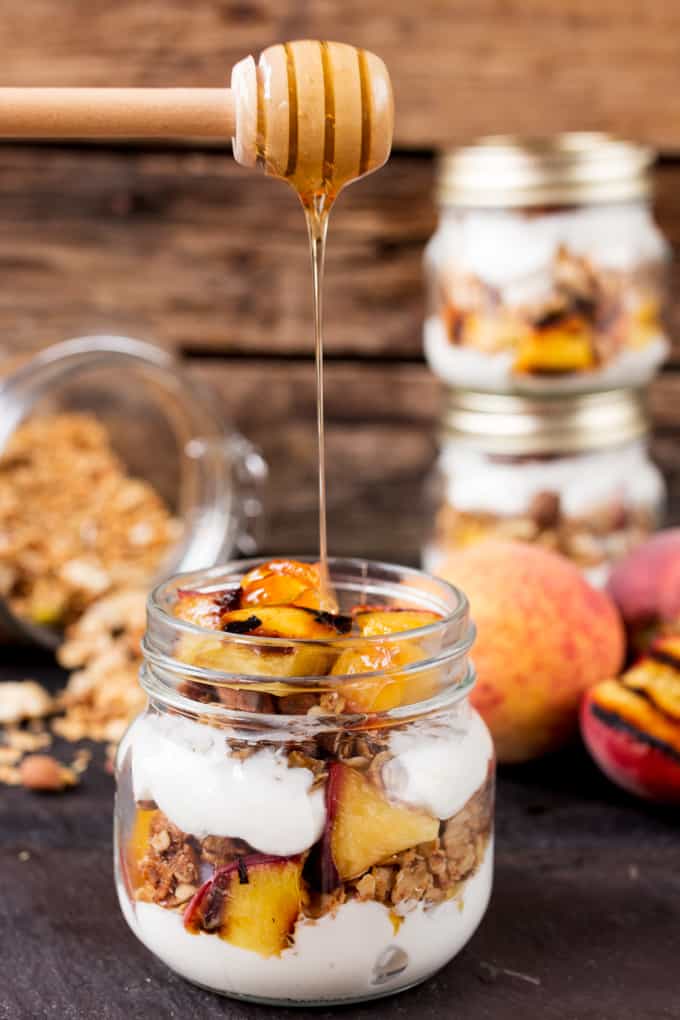 Crunchy homemade granola, layered with Greek yogurt and caramelized grilled peaches.  Take this to work in a little mason jar and you’ll feel way more energised than wolfing down a piece of buttered toast as you run out the door.

I nearly always have blueberries in my granola/yogurt, but these peaches make a really tasty change.   You can cook them under the grill, on the griddle or even on the BBQ the night before, then just let them cool before chopping, wrapping and refrigerating them for the next day. 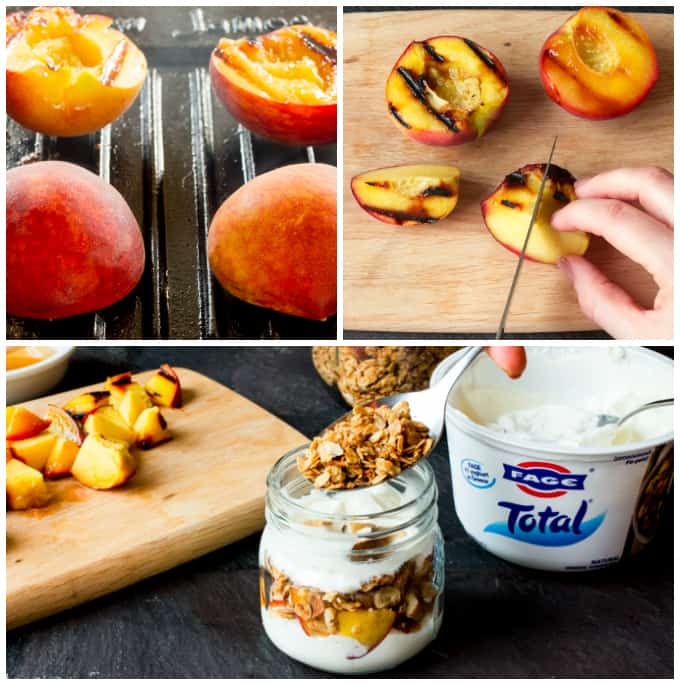 The peaches don’t even need to be ripe (and in fact, it’s a lot easier to de-stone peaches that are less ripe) as the cooking process, along with the little bit of butter and sugar that’s spread on before cooking ensure the peaches are sweetened and softened.

So next time you have a BBQ, don’t waste those coals that are still burning long after you’ve eaten your burgers.  Grill some peaches for the next day (although they also taste great with ice cream for a post-burger dessert too).

I think I’ve recovered from last weekend’s Brit Mums blogging conference now.  It was such a brilliant event.  Over 600 of us chatting over copious amounts of free wine, eating the amazing food, talking to brands, getting starstruck by celebraties such as Carol Smilie, Caprice and Ella from Deliciously Ella, attending the brilliant workshops, and even taking part in a Guinness book of records challenge….. 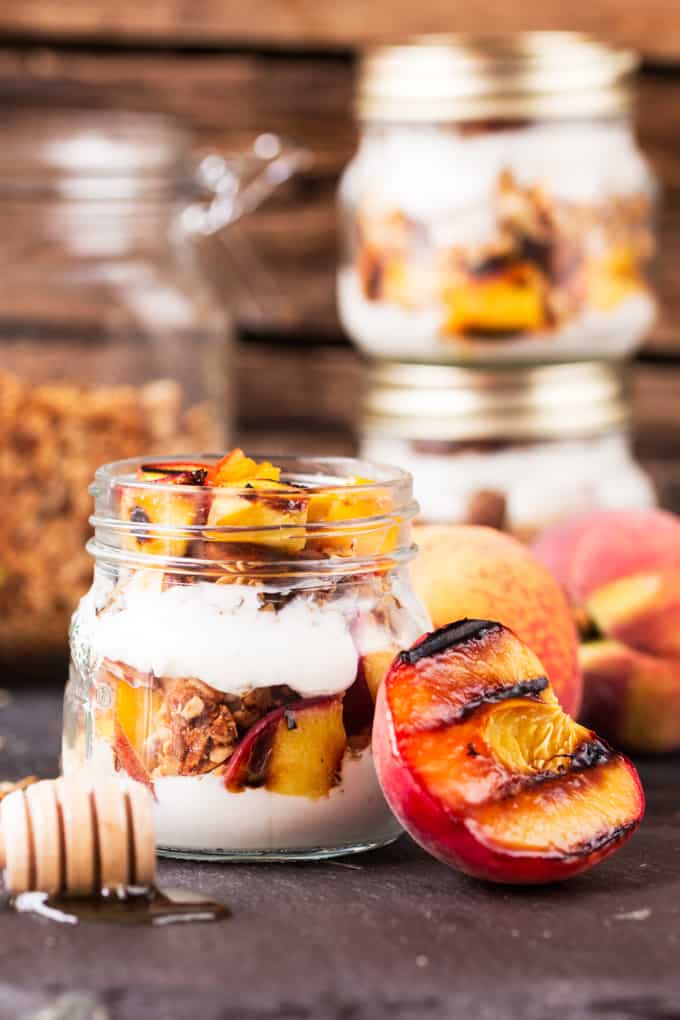 We attempted to beat the world record for ‘most people wrapped as a mummy (in loo roll) in 3 minutes’. The existing record was 50 mummies.

And before you ask, yes.  I was one of the mummies.

Being a rather mini 5ft 2 and-a-half-inches – it made sense for me to get wrapped.  So not only was I apologetically manhandled by relative strangers, but I also had to stand, completely covered (including bottoms of feet and my whole head) in loo roll, with my arms outstretched for 15 minutes whilst the adjudicator did her rounds.

Boy did my shoulders burn.

It was worth it in the end though, and I loved meeting fellow bloggers, swapping business cards (like a real adult) and of course coming home with heaving bags of freebies 🙂 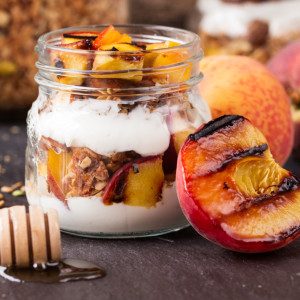 You can assemble the parfaits the night before, although this will make the granola a little more soft and chewy (but still tasty). . Nutritional Information is per serving, without the drizzle of honey.