What should you do with all that leftover turkey? ….Make these Crispy Turkey Nachos!! 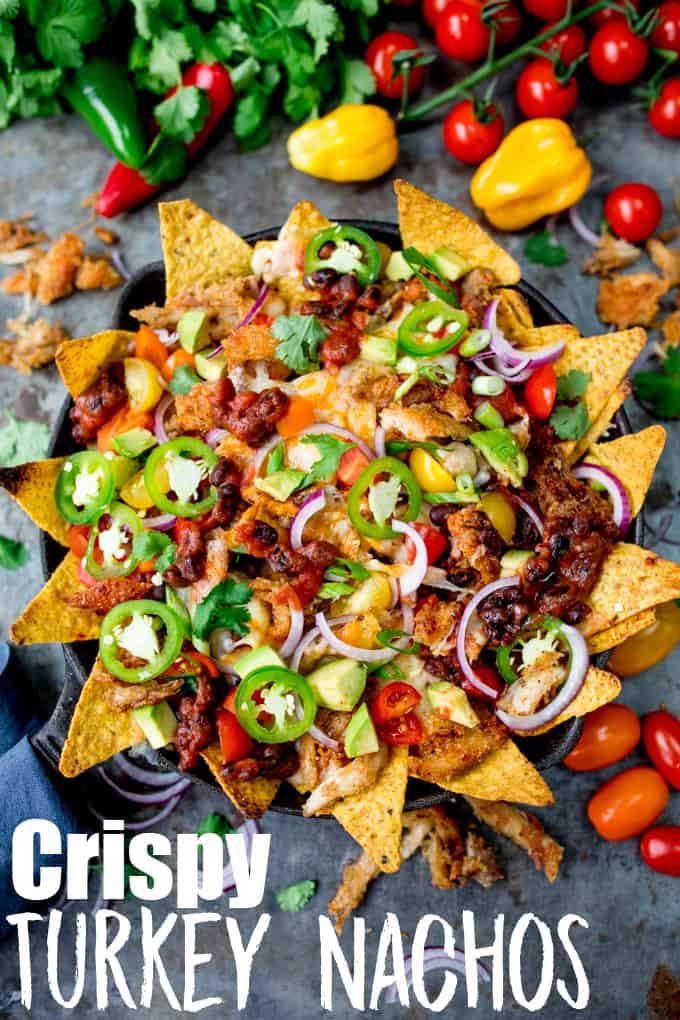 I may just have to declare this as the best use for leftover turkey!!

(also declared the best thing ever by Lewis and Gracey. That’s it. Nothing else beats it.)

We’ve got 13 people coming for Christmas dinner, and I was worried I wouldn’t have enough turkey left over to eat: 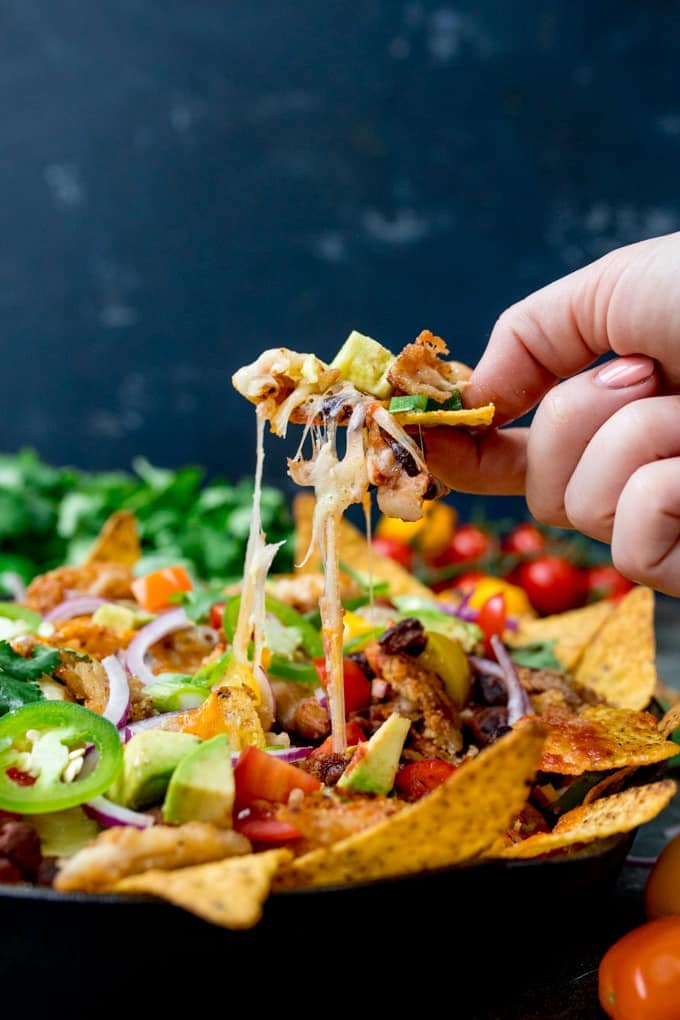 So I’ve ordered two turkeys, just to be on the safe side.

I got the inspo for these from my garlic mushroom nachos (who says you have to have a pile of saucy chilli on those nachos!!) and my crispy lamb salad – made with leftover cooked lamb, crisped up in the pan (sorry about the shockingly bad photo, I was only a few months into blogging. I’ll definitely re-photo it at some point!!). 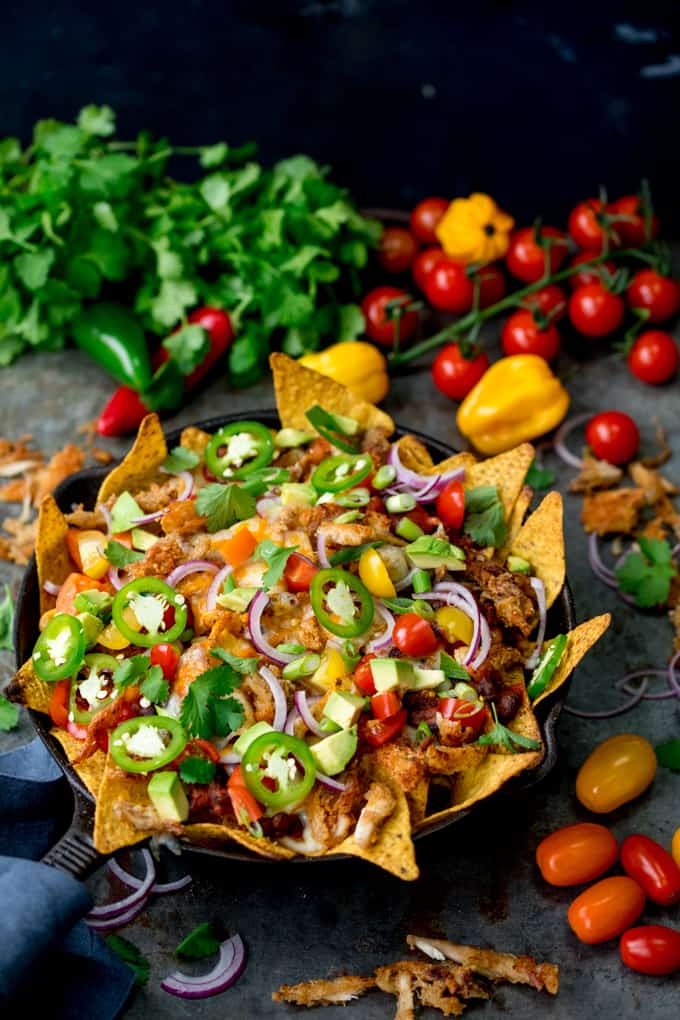 What’s really great about this recipe, is that you can use those little shreds of leftover turkey. You don’t need perfect slices. Toss the bits of turkey in a mixture of cornflour, salt, pepper and fajita spice, then fry in oil until crisp and golden. Then get those tortillas out and pile it all up with black beans warmed through with a little garlicky passata, some avocado, tomatoes, red onion, jalapenos and not forgetting a huge pile of melted cheese! 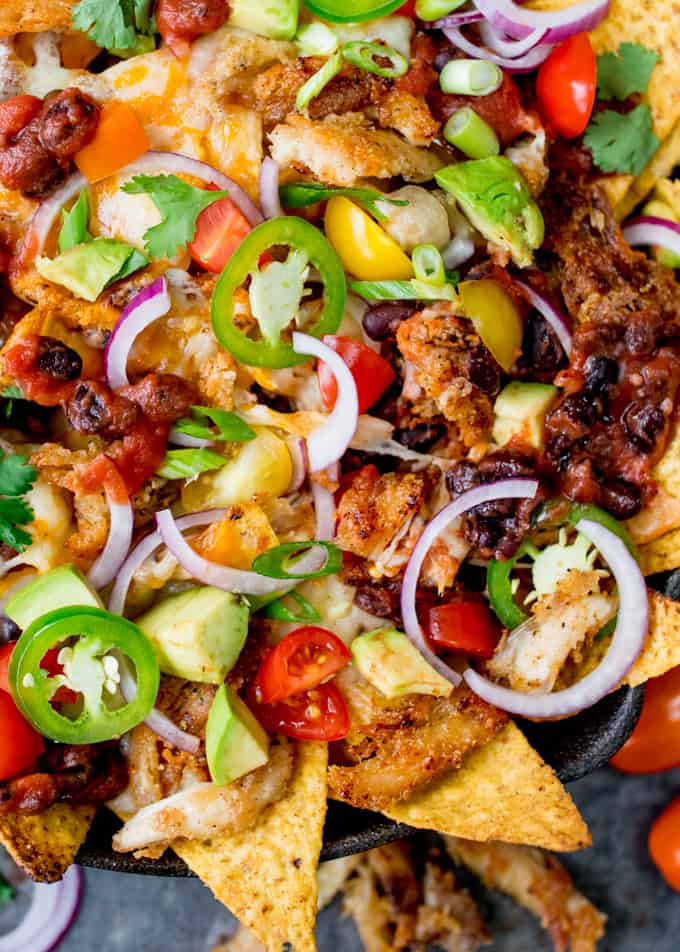 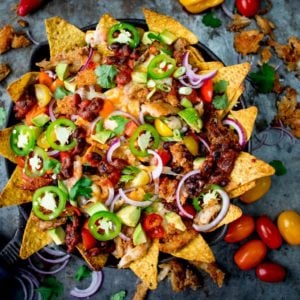