I didn’t think proper roasties could get any better, until now!! These Smashed Roast Potatoes with Garlic, Bacon and Cheddar are AMAZING! 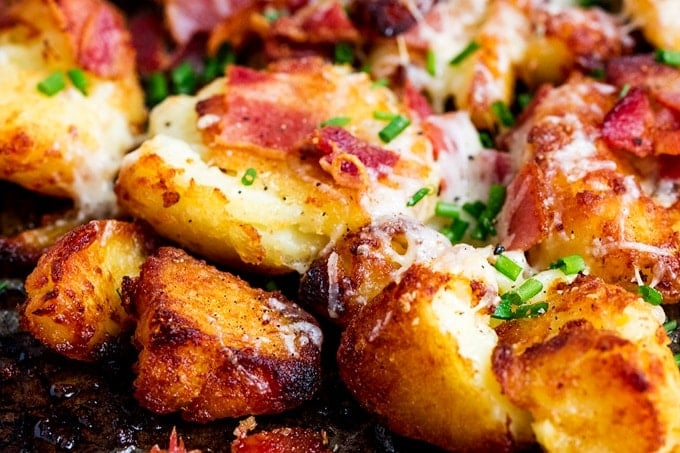 This post is sponsored by AHDB Potatoes – a division of the Agriculture & Horticulture Development Board, committed to supporting the British potato industry

Are roast potatoes mostly an English thing? I’m not sure.
One thing I am sure about though, is that a perfectly cooked roast potato should be darkly golden and crunchy on the outside, and fluffy on the inside.
You should almost be able to ‘crack’ them open, and that gorgeous crisp coating should come away from the potato in the middle in order to soak up the gravy from that amazing roast dinner.

Sorry, I went off in a bit of a daydream there – roast potatoes can do that to me.

Generally speaking, I do save the roasties until I’m making a roast dinner, however AHDB potatoes challenged me to come up with a different roastie recipe.
I was making a baked potato with bacon and cheese, when I hit upon the idea of doing it with roasties! Crispy potatoes, crispy bacon and melty cheese? Sounded like a match made in heaven! 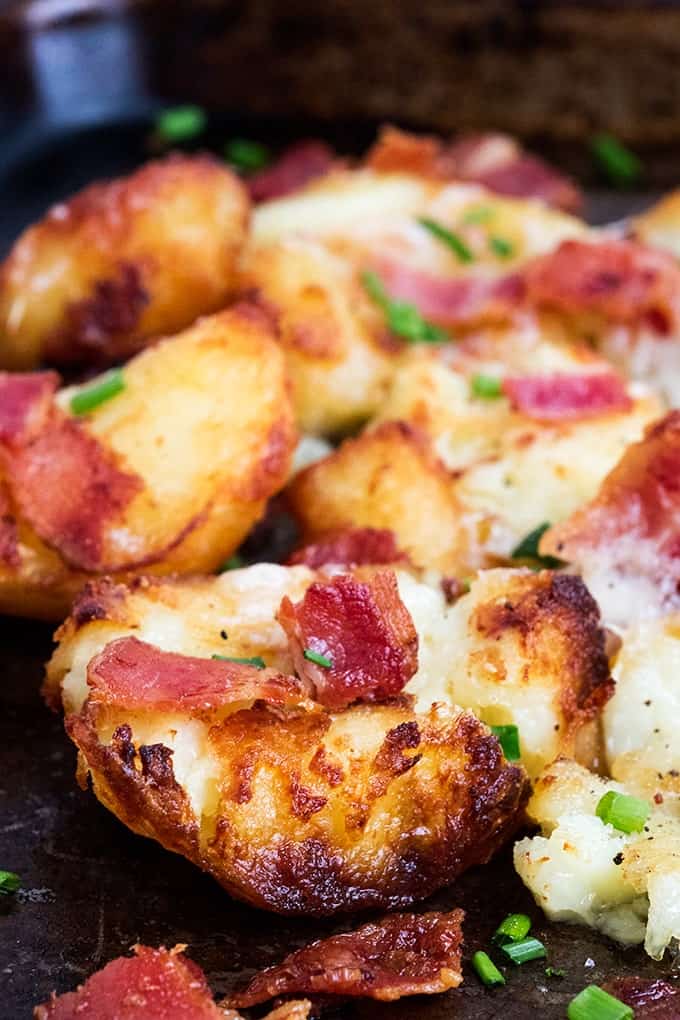 Here are a few of my tips for making the perfect roast potato: 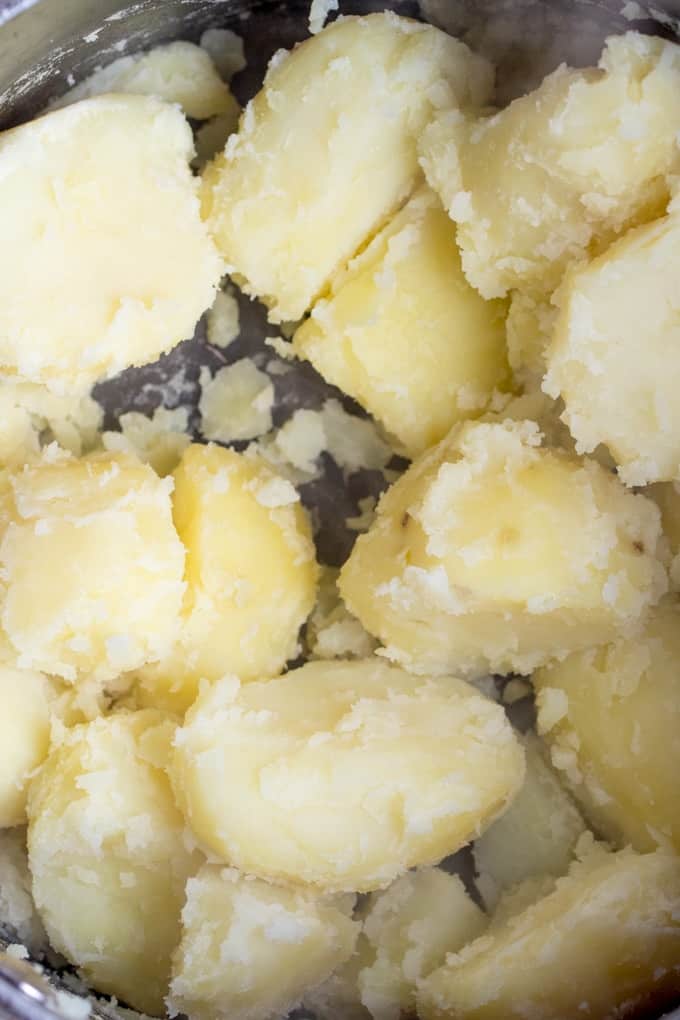 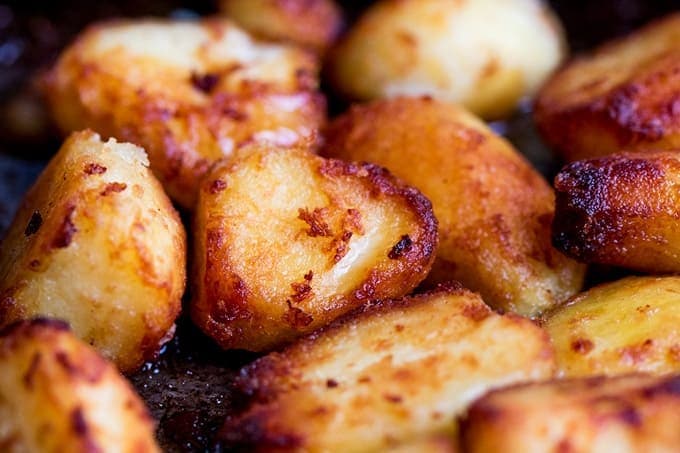 These Smashed Roast Potatoes with Garlic, Bacon and Cheddar are perfect with any roast dinner, or why not try serving with salad and coleslaw like I did (they went down a storm!!). 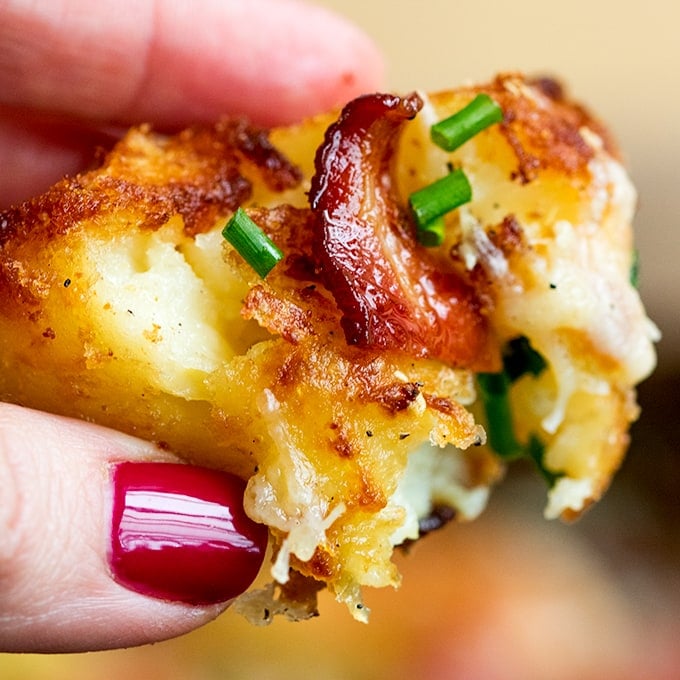 The Smashed Roast Potatoes with Garlic, Bacon and Cheddar Recipe: 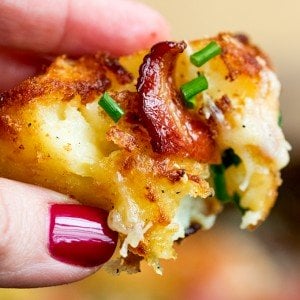