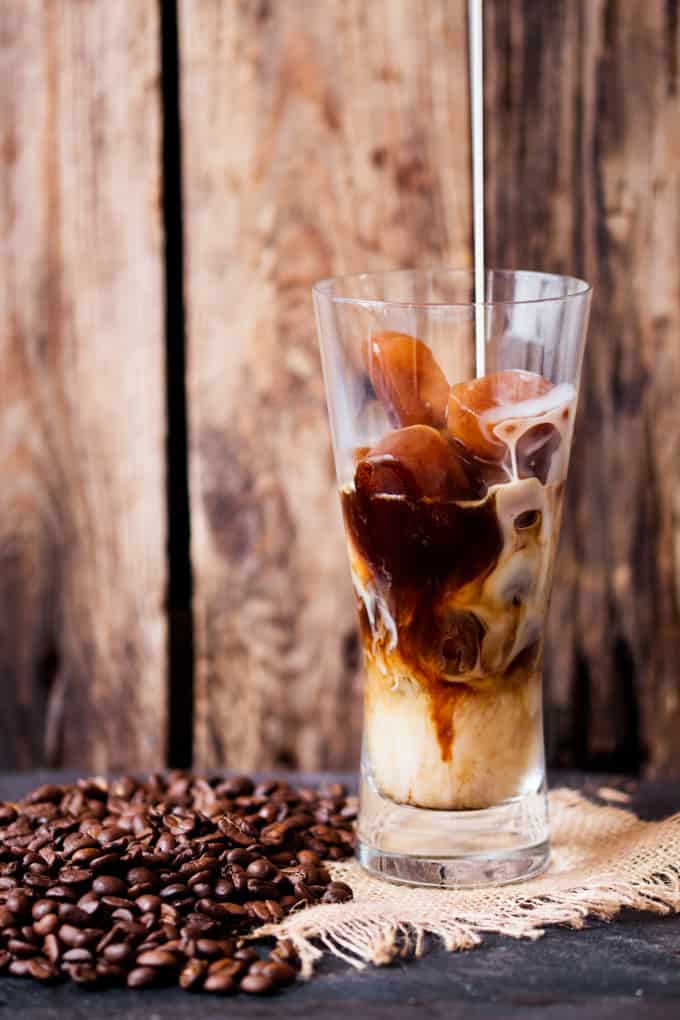 That first coffee of the day is something I really look forward to.

During the week I get my first coffee a couple of hours after waking up - once the Lewis and Gracey are at school.
Saturday's coffee is in a flask whilst my kids are in their swimming lesson.
Sundays - with any luck - is either enjoyed in my PJs, on the sofa with Chris, whilst chilling out after a hard week.
Sometimes on a Sunday, Gracey will will bring me a coffee in bed.  She brings it up in my favourite cup with a piece of cling-film over the top - so she doesn't spill (her idea, not mine).  I might even get a bowl of granola with blueberries if I'm lucky too.

Gracey's starting to get pretty independent in the kitchen now.  Eight-years-old and she can use the kettle, toaster and also the hob & oven (with a little help).  She even has her own knife for prepping veg!
Rather than worrying that she's growing up too fast, sometimes I wonder whether she's planning to skip adolescence and adulthood entirely - and move straight to the little old lady stage.

She performed at her first gymnastics competition yesterday (so proud!!), and whilst she was bouncing around the place there, afterwards she just wanted to go home and have a cup of tea with a blanket around her shoulders and a good book.

At least it was tea.  She's not interested in coffee yet.  A good thing really, since I don't plan on giving her any until she's at least....I don't know actually - 14?
What is a good age to allow your kids to have coffee? I've got no idea.

Anyway, she certainly won't be touching these: 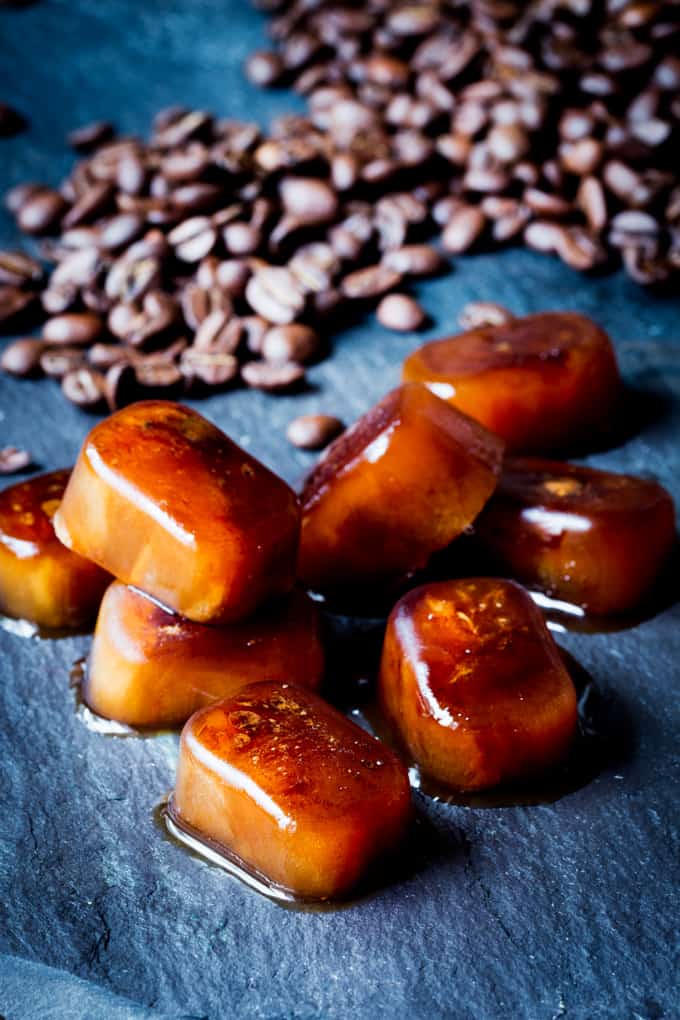 Not really a recipe at all, just a great idea now that the weather has started to warm up.

No more ice cubes watering down your iced coffee!

I like to use these cubes in a simple drink, consisting of a shot of espresso that's been allowed to cool, mixed with almond milk.

Some coffee purists may not like the idea of drinking coffee that's been left to cool - preferring to use cold-pressed coffee - but I think it works just fine, and is a good option when you need some coffee, and don't want to wait 24 hours for your cold-press mix to be ready.

The cubes themselves are made using a cup of double-strength, black americano.  You can got stronger if you wish, but I get the jitters with anything stronger than that.

Use a silicone mold for the ice cubes.  For some reason, frozen coffee doesn't like to pop out of the ice cubes trays very easily.  The best solution is to use a silicon tray, and then just run the bottom of the tray under some warm water for a few seconds before easily popping the cubes out.

Now I know how good these are, I'm thinking of making tea cubes next! Jee over at Oh How Civilized has a great tutorial on making cold brew iced tea - which I think would be perfect as is, or made into tea cubes! 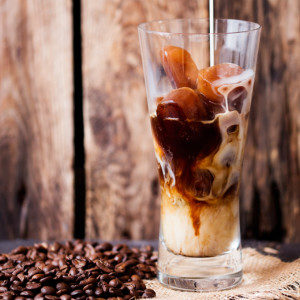 You will also need:

Nutritional Information is per cube.