I know, a bit late, but yummy whatever the time of year!, these Christmas Duffins with Mulled Cranberry Jelly are super delicious and moreish. 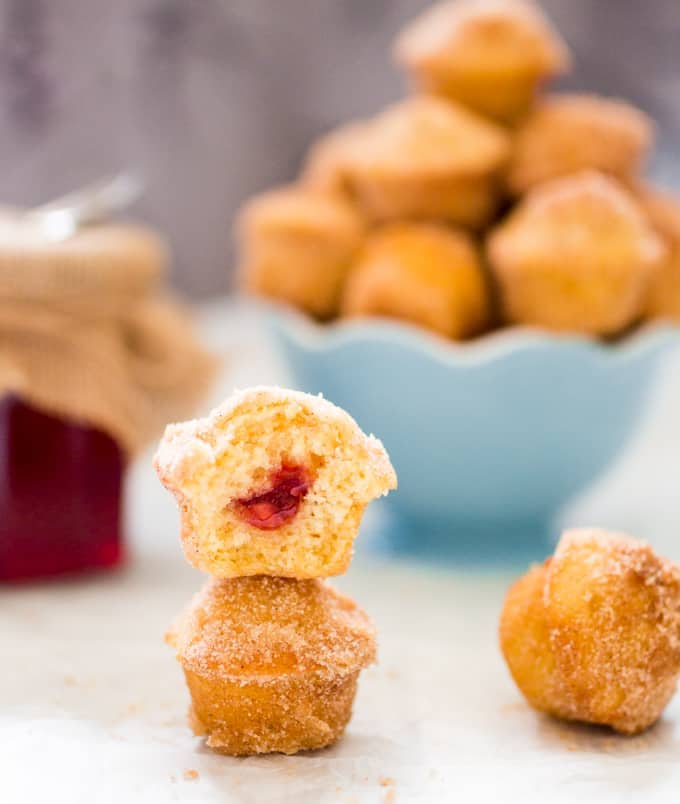 Well, I have to start off my blog with the recipe for the little doughnut/muffins on my header photo.  I made these Christmas Duffins with Mulled Cranberry Jelly loosely based on a recipe from Olive magazine with my own jelly for a filling.
I already had the jelly made (one of those times where I jumped off the sofa at 10pm as I felt the urge to make something – is that weird?) and I was looking for ways to use it.

So the kids and I whipped up a batch and named them ‘Xmas Duffins’.  They’re really simple and quick to make.  No need for a food mixer, but you do need a mini muffin tin.

Be warned, they’re very moreish.  Between four of us we managed to scoff 22 in one day! 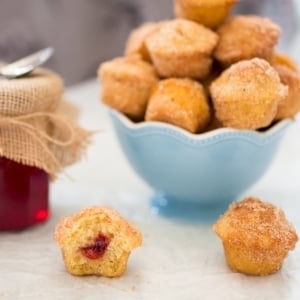